New steps to come on the road to peace 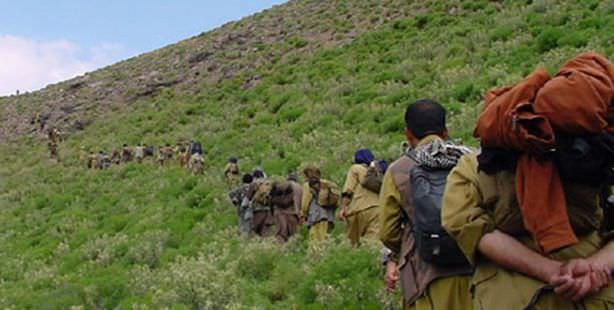 Ankara is preparing to take a number of new steps to coincide with the ongoing resolution process to ensure the withdrawal and disarmament of the PKK. These measures are to include amendments to the repentance and anti-terrors laws and human rights, designating a third country for PKK leaders and maintaining contact with the organization leader Öcalan.

In order to embark on an era of "unarmed politics", the government is maintaining caution while simultaneously following a transparent roadmap. The point of action for this strategy is "the complete disarmament of the PKK by 2014."

During the ongoing resolution process the government also plans to embark on a number of reforms such as evaluating the long-debated item of effective repentance in both the Anti-Terror Law, Turkish Penal Code as well as increasing and enhancing the use of native vernacular.

The following are a series of chapter headings for Ankara's agenda of democratization as part of the resolution process:

* EFFECTIVE REPENTANCE: A series of amendments to legislation is foreseen in order to facilitate the return to Turkey from Northern Iraq of those individuals who have not been involved in armed attacks. In the case of 15 PKK terrorists, including seven children, who surrendered in 2009, both their ages and conditions of remorse will be evaluated to ensure their release, which will act as a model of effective repentance being utilized n a binding manner. The conditions required to take advantage of the effective repentance regulation will be revised. Measures will also be implemented to ensure the PKK members who have relinquished their weapons are easily able to adapt to everyday life.

* A THIRD COUNTRY: A formula will be sought to ensure the organization's leaders are sent to a third-party country, such as Australia or Norway. Located in Northern Iraq, the Makhmour Camp, which hosts a significant number of Turkish nationals, will be evacuated.

* A RESOLUTION COMMISSION: This week, ongoing efforts to establish a Resolution Process Evaluation Commission within Turkey's Grand National Assembly will be finalized. Both the main opposition Republican People's Party (CHP) and Nationalist Movement Party (MHP) will be asked whether they plan to assign members to the commission. If the response is a negative, then the commission will be formed with ten members from the ruling Justice and Development Party (AKP) and one member from the pro-Kurdish opposition Peace and Democracy Party (BDP). The commission will be chaired by AK Party Deputy Naci Bostancı, who has previously led an assembly sub-commission on terrorism.

*A CIVILIAN DELEGATION TO GO TO İMRALI: While restrictions are still in place on Abdullah Öcalan, the PKK leader serving a life term on İmralı, meeting with his attorneys, the BDP is suggesting that a civilian delegation consisting of academics and journalists be allowed to hold talks on the island. BDP will be taking the issue to Justice Minister Sadullah Ergin.