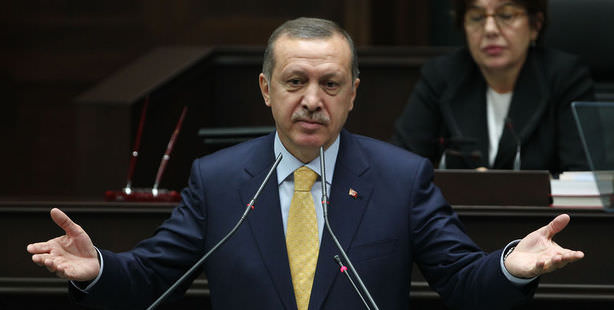 According to a poll conducted by MAK Danışmanlık, for the first time ever citizens have not listed terrorism as the nation’s primary issue. Sixty-one percent of those surveyed offered support for the government’s resolution process.

As all sights are set on the impending May 8th date for the withdrawal of the PKK terrorist organization from Turkey's borders, a survey conducted on 40,000 people from 81 different provinces reveals that the issue of terrorism is no longer top priority on citizens' agenda.

The survey conducted by consulting firm MAK shows that for the first time ever terrorism was not listed as one of the top priority issues in the nation. Additionally, 61 percent of those questions expressed their trust in the government that the ongoing resolution process will put an end to terrorism in the nation.

To conduct the survey MAK Danışmanlık sent out 400 field workers between the dates of April 11-13 to speak with 40,000 people, asking 15 specific questions on current issues. In response to the question, "Do you think the government will be successful in solving the terrorist issue?" 61 percent of those polled said 'yes' while 34 answered 'no' and five said they were undecided. When asked, "What is Turkey's number one problem?" 29 percent of those polled put down unemployment, 21 wrote down the cost of living, while 18 percent said Syria. While the response terror did not surface as being one of the top five problems, 11 of those who participated said that they considered the nation's integrity to be an issue.

THE SOUTHEAST CHOOSES THE AK PARTY

While 51.2 percent of those polled expressed that they considered the government to be successful, 40.8 percent said they did not, when asked, "If an election was held today who would you vote for?" 50.3 percent responded the AK Party. 22.8 responded CHP, 12.8 responded MHP, 7.1 said BDP, 3.1 said the Saadet Party and 2.1 responded with BBP.

SUPPORT FOR THE PRESIDENCY

Citizens were also asked to comment on the possible switch to a presidential system by responding to the question, "In your opinion will the presidential system be beneficial for our nation? While 57 percent of those polled answered 'yes', 33 percent responded by saying 'no' and ten percent were undecided.

When asked who they felt had dropped the ball on the drafting of a new constitution, 41 percent of participants said 'the government', while 44 said 'the opposition'. When asked who they thought was the most successful state minister, nine percent said Family Affairs and Social Policies Minister Fatma Şahin. Foreign Minister Ahmet Davutoğlu came in second and Minister of Transportation and Maritime Affairs Binali Yıldırım was selected third.