Let us close the former page in Turkey-Israel relations 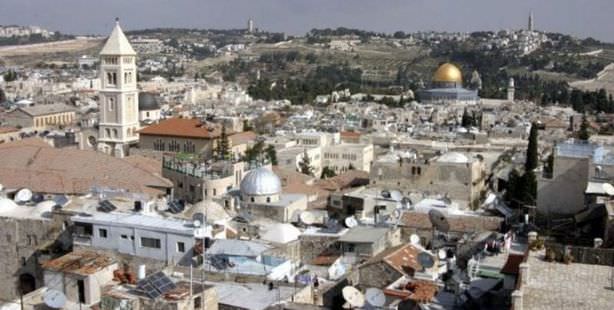 Explaining that Israel feels Turkey is a joint partner, a senior-level official at the Israeli Foreign Ministry responded to questions posed by Turkish journalists in Jerusalem and stated, “We should close the former page and begin handling important issues.”

Relations between Turkey and Israel, which have been frayed for nearly three years, are now experiencing a revival as a result of Israel's apology for the Mavi Marmara raid. As the deliberations ensue regarding the compensation to be paid out to victims of the raid, the Israeli administration has delivered a prudent message. Pointing out that the Mavi Marmara incident has caused a rift between the two countries, a senior-level official from the Israeli Foreign Ministry stated, "We need to close the former page as soon as possible and deliberate on much more important issues."

"THE MIDDLE EAST HAS CHANGED"

A group of Turkish journalists in Jerusalem to attend a joint workshop to discuss Turkey-Israel relations held in conjunction by the Istanbul Culture University's' Global Trends Research Center and the Van Leer Institute in Jerusalem, had the opportunity to meet with a senior-level official during a visit of the Israeli Foreign Ministry.

The official, who wanted to remain anonymous, said that when it comes to Turkey, which he said they perceive as being a partner, Israel has been conducting silent politics for two-and-a-half years now. Accepting the fact that the Mavi Marmara incident has distanced the two countries, the official went on to state, "The Middle East is not the same for Turkey and Israel. The two nations have a number of shared aspects. Turkey and Israel are the only two nations that have a democracy in the region. Therefore, we need to close the former era as soon as possible and must embark on handling important issues in both of our interests."

'TURKEY IS BUILDING A HOSPITAL'

"Turkey's close proximity to Hamas is not something new. However for us Hamas is an enemy and Turkey is well aware of this. The trip to Gaza is not a progressive path towards furthering relations with Israel. Furthermore, we also do not believe it is a good method for reaching a solution to the Palestine issue. As for whether Erdoğan can convince Hamas to take on the path to peace, that is something I do not know. We will watch and see."

When asked whether there have been any change in regulations regarding the blockade in Gaza, which was one of the conditions for repairing relations between Turkey and Israel, the Israeli official responded by stating, "We are not implementing any blockade on Gaza."

Explaining that the Palestinians in Gaza are offered all sorts of provisions and that their necessities are provided to them through tunnels, the Israeli authority alleged that there is no humanitarian crisis in Gaza and went on to state, "There are markets there; however at the same time there is also a security issue. Those who are in control of Gaza attack Israel daily. We only restrict ships from going there. However, Turkey is building a hospital there. We provide the possibility for all necessary items to be brought there and we also provide assistance. This sort of support will not harm relations."