“We will not permit chemical weapons” 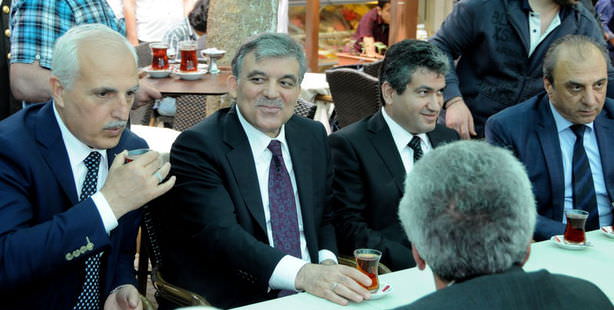 In an interview with Kuwait’s Al Rai newspaper, President Abdullah Gül expressed that the Syrian regime cannot remain afloat and stated, “We will absolutely not allow the regime to use chemical weapons against its own public.”

President Abdullah Gül told reporters for the Kuwaiti Al Rai daily that the situation in Syria will not affect Turkey's politics however disappointed they are with the situation and stated, "The instability in Syria will not only affect neighboring nations but will also be a negative influence for the entire region. It will also establish the appropriate grounds for terrorist organization's activities. After all that has transpired in Syria, it will be impossible for this regime to remain afloat."

When asked to comment on the allegations the Syrian regime has used chemical weapons on its public, Gül stated, "We, as Turkey, are absolutely against the use of chemicals or any other illegal weapon. We will absolutely not allow the regime to use chemical weapons against its own citizens. We want everyone to be aware of this."

Gül also went on to state that it would be wrong to give a precise date as to when the Assad regime will fall. President Gül also called on Kuwaiti's to purchase summer homes in Turkey and stated, "From here, I am addressing our Kuwaiti brothers. Come buy a summer house in Turkey and spend part of the year in your second home."

President Abdullah Gül attended the Friday prayer ceremony at the Emirgan Mosque in Istanbul. After the ceremony, President Gül enjoyed a tea in the tea garden across from the mosque where he had the chance to chat with local residents. Mentioning all of the tulips he has seen in Istanbul, Gül commented, "Istanbul is regaining what had been lost." The president was joined by Istanbul Governor Hüseyin Avni Mutlu and Istanbul Police Department Chief Hüseyin Çapkın. With Gül's arrival, wide security measures were set in motion at the mosque and in its vicinity.