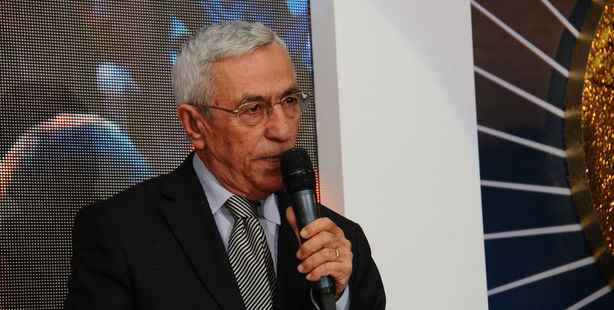 SABAH Editor-in-Chief Erdal Şafak participated in a live broadcast on A Haber from Germany where he pointed out that SABAH had a significant contributing factor to the wide interest in the trial. "Our citizens both in Turkey and in Germany are having difficulties finding the words to express their gratitude to SABAH. From this perspective we are extremely pleased because we are conducting a public service. This truly is the trial of the century in Germany as it has also been described by both the German and Turkish press. This is due to the fact that this is the first time that Germany has had to confront its secret reality."

CONCERN FOR A FAIR TRIAL

Şafak revealed what this secret reality is in stating the following:
"First of all, there is a serious xenophobia movement in Germany, especially amongst the youth. Secondly, the deep state in Germany is somehow using this xenophobic youth and in exchange has for a long time now overlooked the crimes they have committed. In fact, there are even some allegations that say there was secret support offered to some of these crimes. However I have a concern, in my opinion the location of this trial lessens to a certain degree the potential of a fair verdict being reached.
That is because this trial is being held by the German Federal Security Court. It is said that the German Federal Court in Munich is the harshest, in other words the most sympathetic to the extreme right. Therefore, I have concerns. The second concern is the question of whether the court overseeing this trial is tasked with uncovering the truth or with glossing over the truth in order to benefit the German Deep State, which is just something we will have to wait and see to find out."

SABAH WILL BE FOLLOWING THE TRIAL

Noting that when including the appeal process the trial could in fact extend to a duration of up to five years' time, Şafak stated, "We are obligated to show interest and be involved with this trial from start to finish. As SABAH, we will be doing so. I hope that the trial will conclude with a verdict that will at least bring some peace to the families of the victims. That way we can also feel more comfortable." Emphasizing that there is a need for a strong team to relay the involvement and expectations of the Turkish public in Germany, Şafak said, "I hope from here on out our civil society organizations and especially those interested in the Ergenekon trial will be able to see that this case is in fact Germany's Ergenekon case and will therefore pay it the necessary attention."