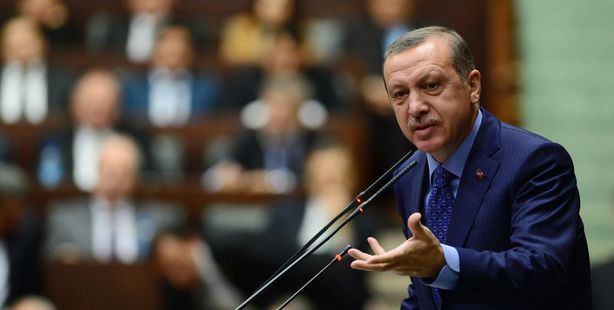 Prime Minister Erdoğan will soon be heading on an official trip to the United States and will be accompanied by nearly 100 CEO’s. Erdoğan, who is to be hosted at the highest level of protocol and accomodated at the Blair House, will be laying regional issues and the situation in Syria on the table during his stay.

Prime Minister Recep Tayyip Erdoğan will be heading to the U.S. capital in mid-May during which he plans to tackle the situation in Syria as well as other regional issues in addition to staging an economic initiative with Washington. Prime Minister Erdoğan will be joined by nearly 100 CEO businessmen. Although preparations are still ongoing for the upcoming trip, it has been confirmed that this time, President Erdoğan will be hosted with the highest level of protocol and will stay at the Blair House, which is where the most prestigious White House guests are accommodated.

This trip will be different for Prime Minister Erdoğan, who has already been to the United States 14 times during his term. Upon his arrival on May 16th, Erdoğan will be greeted with a military ceremony at both the airport and the White House

The top item on the agenda during the bilateral meeting scheduled for Erdoğan and Obama will be the Transatlantic Trade and Investment Agreement the United States will be signing with the EU. During a trip to Turkey, U.S. Secretary of State John Kerry had promised that the agreement would also be signed with Turkey. However, what Ankara wants is for this promise to be reflected in the EU-USA agreement. As a member of the Customs Unions for years now Turkey, which has been unable to benefit from the EU's deal with third-party countries up until now, wants to be able to open up to further trade with the United States.

Erdoğan heads to the U.S. with a series of files

The following are a series items to be discussed and messages to be delivered on Erdoğan's agenda:

* We can no longer remain motionless when it comes to Syria. Chemical weapons should not be the sole line that cannot be crossed. Hundreds of thousands of people have died. What are we waiting for?

* Sectarian division is on the rise in the Iran region. We should not abandon dialogue in nuclear negotiations.

* We are expecting for you to put a stop to Iraq's Maliki supporting Iran. The initial contact was made and now the next step should be taken in Baghdad.

* In Cyprus, for the Greek side to sell the island's natural gas resources to Russia is unacceptable. If this is permitted, then the Turkish side will have to take its own steps.

While in Sarajevo yesterday, Foreign Minister Ahmet Davutoğlu spoke with U.S. Secretary of State John Kerry over the phone to discuss Prime Minister Erdoğan's impending trip to the U.S.

ERDOĞAN TO STAY AT THE BLAIR HOUSE

Although this is the 14th time Prime Minister Erdoğan will be heading to the United States in an official capacity, this will be the first time that he will be accommodated at the Blair House. The last person to stay at the prestigious official residence was Israeli President Shimon Peres. Amongst the other guests Obama has hosted at the Blair house was the United Kingdom Queen Elizabeth, German Chancellor Merkel, the Kuwaiti Emir, the King of Spain and the President of Afghanistan.