The PKK terrorist organization has begun withdrawing from Turkey 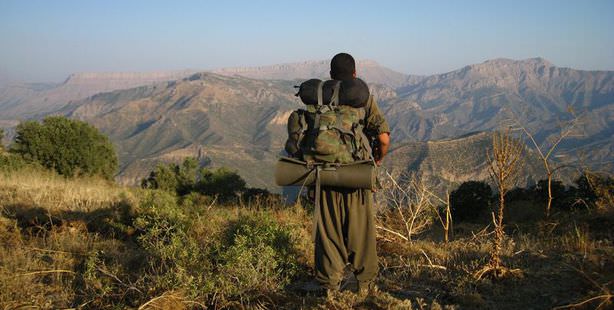 The PKK began the withdrawal process from Turkey’s borders on Wednesday in line with the announcement made by the terrorist organization’s Kandil wing that they would begin the pullout May 8th. A 15-member group crossed the border into Northern Iraq from the rural area of Çukurca in Hakkâri. In the case of any mishap, governors are authorized to intervene.

As of yesterday, the first stage of the ongoing resolution process was finalized by the official start of the withdrawal of the PKK terrorist organization from Turkey's borders. The PKK members withdrawing are keeping their distance from military zones and have been warned to not pass through villages or show in any way that they are armed. During a Democratic Society Congress (DTK) meeting held yesterday, an announcement was made stating that Turkey has now embarked upon a historical era to establish peace and emphasized that everyone should be sensitive to the ongoing process.

The withdrawal, ordered late last month by top PKK commander Murat Karayılan, is the biggest step yet in a deal negotiated by the group's jailed leader Abdullah Öcalan with Turkish officials to end decades of conflict. With the pullout going into effect, human rights groups and other civil society organizations such as the Peace Assembly are keeping a checkpoint at the border to ensure the process transpires in peace. The withdrawal is taking place in groups who are crossing into Northern Iraq simultaneously and still armed.

With the withdrawal process a go, security has been hiked up to the highest level. Terrorists will be withdrawing from Turkish territories through areas that are distant from residential zones and will be predominantly pulling out during the night. In the case of any disturbance, governors have been granted authority to order immediate interventions. Organization members will be setting out at sunset and will not be visibly armed. The withdrawal process is expected to take three months to be completed.

"WE ARE EXPERIENCING A HISTORICAL ERA"

While in Muş, Peace and Democracy Party (BDP) Group Deputy Chairman Pervin Buldan announced that Turkey is currently experiencing a historical era and stated, "For us, May 8th is an important and extremely meaningful day. A 40-year period of conflict is now coming to an end. This is significant in terms of opening up the channels for democratic politics. The public wants peace. If there is an operation however, then the process will be jeopardized. We are also standing guard in order to ensure there are no potential military operations."

A 15-member group from the PKK crossed into Northern Iraq from the rural region of Hakkari's Çukurca district yesterday morning. It has not yet been confirmed which members were amongst the group.