Assad ordered the attack on Turkey 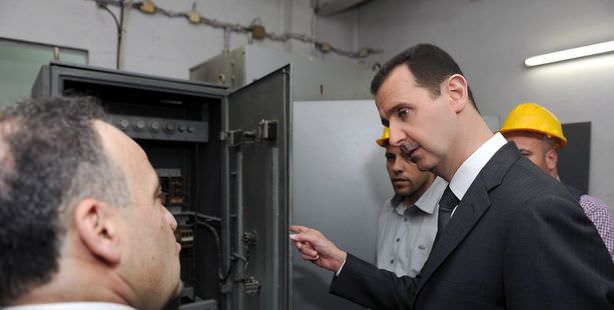 Assad’s fingerprints on the blasts in Reyhanlı… Assad is said to have delivered the order to Al Mukhabarat to “turn Turkey into a hellhole.” The vehicles used in the attack were arranged by Mihraç Ural, the founder of the armed ‘Acilciler Group’ (The Hasty Ones) and is known for being connected to the Syrian president.

It is being claimed that the order for Saturday's terrorist bombings that took place in the Syrian border-neighboring district of Reyhanlı in Hatay province, which killed 46 people and wounded over 50, was given by none other than the Syrian president who is persecuting his own public Bashar al-Assad.

According to the allegations, Assad told directors at Al Mukhabarat, Damascus' intelligence service, to "plan an attack of the likes that will turn Turkey into a hellhole." It was upon receiving this order that Al Mukhabarat then activated the cell structures that operate in connection to stage the double bombing which resulted in 46 deaths in Reyhanlı.

SAME TYPE OF BOMB AS USED IN CİLVEGÖZÜ
Turkish intelligence units set up a crisis table immediately following the attack and began collecting information provided by personal accounts as well as electronic intelligence. Turkey's National Intelligence Organization (MİT) has joined forces with security units to inspect all of the city surveillance footage from the region. According to intelligence units, the attack was staged by the same group that planned the Cilvegözü bombing, which took place at a buffer zone between the Turkish Cilvegözü border gate in Hatay and Syria's Bab al-Hawa post on February 11, resulting in 17 deaths. Intelligence officials have stated that the bombs used in Saturday's attack were the same type that was used in the Cilvegözü bombing. "We are trying to establish the contacts made by the individuals responsible for the attack that were connected to Al Mukhabarat on both the Turkish side as well as the Syrian side of the border. We are currently investigating the connection between Mihraç Ural, the founder of "Acilciler" who also works with the Bashar al-Assad regime, and the attacks," stated officials.

The information gathered by intelligence units is being instantly shared with the Prime Ministry. Amongst the information coming in is that there will be strict security measures in place at border crossings due to the attack.

MİT: WE HAD HANDED OVER THE LICENSE PLATE NUMBERS

Meanwhile, it has also been learned that the Turkish Intelligence Organization had provided the license plates of the vehicles that were used in the attack to security units 24 hours prior to the attack.