PM Erdoğan: "we will issue the proper response at the right time" 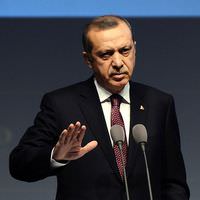 Prime Minister Erdoğan made the following important statements on the Reyhanlı attacks.

Prime Minister Recep Tayyip Erdoğan released a statement on Monday, which pointed to Syria as the perpetrators of the Reyhanlı attack.

"The Reyhanlı attacks are tied to the Syrian administration. It was conudcted by branches of the Syrian regime that are in Turkey. Their world is built upon lies. There are provocations involving the Syrian refugees.

The Reyhanlı attacks have nothing at all to do with the opposition forces. Turkey will be making certain demands to the United States. I find the media restrictions involving the Reyhanlı bombing to be appropriate. We should absolutely not entertain tension politics. We will not fall for this game, however we will issue the proper response at the right time," said Prime Minister Erdoğan.