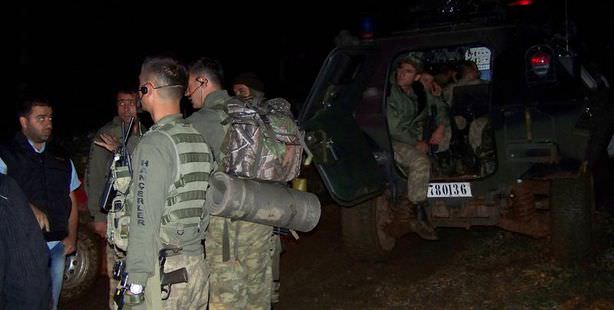 A Turkish F-16 from the Main Jet Base Command in Amasya crashed in the mountains on Monday, killing the pilot who was on a reconnaissance flight near Osmaniye, about 50 km from the border with Syria.

The fighter jet was on an operational flight near Osmaniye, located 50 km from the Syrian border, as a result of Saturday's twin bombings in Hatay which has killed 50 thus far. At 14:14 the pilot of the Turkish F-16 fighter jet, which was over the Amanos Mountains at the time, called in to say that he would be ejecting himself from the aircraft, after which all connection to the pilot was lost.

The pilot did have an advanced technological device which released signals that were received leading to Special Forces teams from the Osmaniye Police Department joining forces with Gendarmerie teams in order to locate the pilot's whereabouts. Signals were stated to come in from the Zorkun, Çamoluk and Çaksır regions. Located approximately 70-80 kilometers from the city center, search efforts were compromised due to the rugged mountains and steep bluffs. The Prime Ministry Disaster and Emergency Management Presidency (AFAD) also joined in the search efforts.

Osmaniye Governor Celalettin Cerrah later announced that glass from the cock pit window as well as other parts of the jet were found near the Çaksır Plateau. In the evening hours Governor Cerrah released another announcement stating that the pilot had been located, however he did not survive. The statement also said that the cause of the crash was yet to be determined and would be clarified after an investigation into the accident. Military sources have revealed however that there are no signs the plane was targeted by fire.