Erdoğan to deliver a message on Reyhanlı to Obama 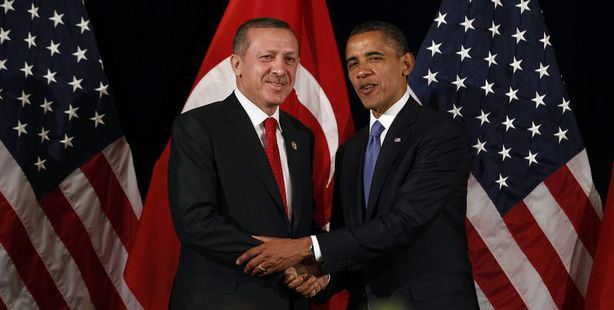 While efforts are ongoing to hold a second Geneva conference organized by the U.S. and Russia in an attempt to form a transitional government in Syria, Prime Minister Erdoğan sets off on a U.S. trip and a highly anticipated meeting with President Obama on Thursday.

When they meet on Thursday, Prime Minister Recep Tayyip Erdoğan will be delivering three critical messages on Syria to U.S. President Barack Obama and will lay the Reyhanlı attack on the table by saying, "we are no longer safe."

Erdoğan's three messages will be as follows:

- This conference will only be possible with Assad's acceptance to step down from the administration.

-The fully authorized transitional administration ranks will be established through mutual compromise of individuals who have not been involved in the violence.

-The fully authorized transitional administration will then take Syria to an election.

Efforts are still ongoing to ensure Iran and Saudi Arabia participates in the June meeting. The critical threshold for Turkey is for the transitional government to have a definite authority over the military, security and intelligence units in Syria.

Reyhanlı was the last straw

Erdoğan will be sharing with Obama the most recent details acquired by Turkey's intelligence organization regarding the twin bombings in Reyhanlı, which resulted in 51 deaths and will also be delivering the following message to the U.S. President: "Our safety is now more compromised than ever before. The incidents that took place in Akçakale and Cilvegözü as well as the falling of our jet were all a threat to our security, however this most recent attack is an indicator that the civil war in Syria will now be spilling over into neighboring regions. The regime is playing any game possible in order to spread the conflict throughout the region."

Ankara wants to make sure that the second Geneva meeting scheduled for the first week in June does not result in ambiguity. In meetings between Foreign Minister Ahmet Davutoğlu and U.S. Secretary of State John Kerry it was established that Turkey's two conditions for this upcoming meeting is for the divergence of views experienced during the first meeting to be resolved and for it to be clearly established that neither Assad nor his men will be remaining in the administration. It was also stated that Assad, knowing that he will be ceding his authority soon, should send a representative to the upcoming Geneva meeting.

Davutoğlu expressed Turkey's stance in an announcement made from Berlin when he stated: "We find the developments that have arose from Kerry's trip to Moscow to be positive, however a diplomatic initiative on the situation needs to be started as soon as possible. To continuously begin new efforts, and after one does not fruition to begin another with new individuals has unfortunately not stopped the Syrian regime. There were the Arab League efforts, followed by Annan's efforts, followed by Brahimi's efforts; there have been a number of different efforts…"

The situation of Syrian refugees in Turkey

Meanwhile, the International Strategic Research Organization (ISRO) has released a report on Syrian refugees which has presented a number of interesting findings. The following are a series of findings released in the report:

-Forty percent of the Syrian population has been displaced. The percentage of Syrian refugees in Jordan and Lebanon is now significantly high in comparison to the populations of these two countries.

-Including all of its associations, Turkey has spent a total 1.8 billion TL on the victims of Syria's civil war.

-While 88.1 percent of Syrian refugees expressed that they were pleased with the services offered at the camps, 49.7 percent stated that amongst the assistance offered, they were most pleased by the secure camp environment.

-Out of the total number of Syrian refugees in Turkey 14.2 percent are women, while 85.8 percent are men.

-Out of the total number of Syrian refugees questioned 59.2 percent want a democratic regime to take over in Syria after the civil war, while 33.9 percent are in favor of an Islamic state structure.

-Eighty-four percent of Syrian refugees said they definitely plan to return to Syria after the war.