Çiçek: “We are all in the same European boat” 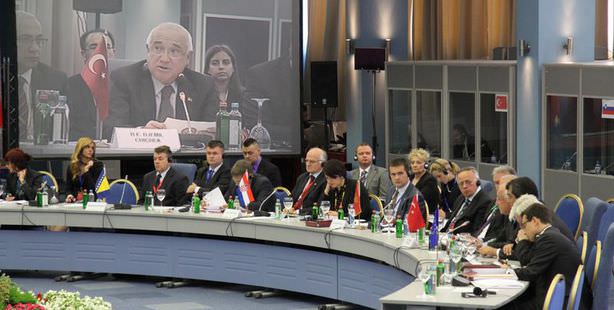 Speaker of the Parliament Çiçek announced yesterday that Turkey has not deviated from its EU objective despite the drop in public support.

Attending a Conference of Presidents of Parliament of the South East European Cooperation Process (SEECP) which is being held on Monday and Tuesday in Ohrid, Macedonia, Speaker of the Turkish Grand National Assembly (TBMM) Cemil Çiçek stated, "Despite the drop in public support, Turkey has still not deviated from its objective of attaining EU membership. We are very aware that we are all in the same European boat and we need to plan our shared future together. We would like the EU to make a similar pledge now and we are expecting for them to open the way for expansion."

Çiçek also commented on the situation in the Balkans and pointed out that despite the significant recent developments they still harbor the elements of serious instability within their region. Çiçek also said that the way to successfully pass these tests is for all Balkan nations to unite with Europe and European-Atlantic organizations. "We want to see Bosnia-Herzegovina overcome the obstacles placed before them in order to progress on the EU and NATO path," stated Çiçek.