Istanbul Mayor: "This is provocation, we are not cutting down trees" 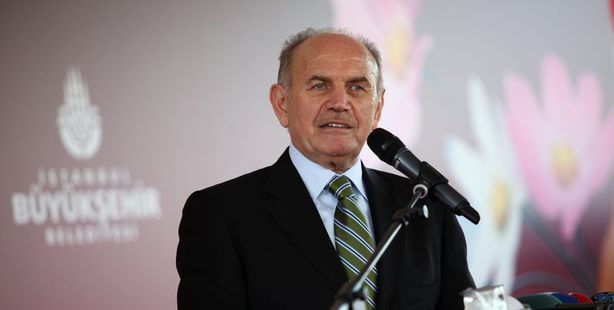 Istanbul Mayor Topbaş has announced that there are no efforts in Taksim’s Gezi Park to work on the ‘Topçu Kışlası’ (Artillery Barracks). “What we are doing now is just widening the pedestrian road.”

Istanbul Mayor Kadir Topbaş held an emergency press conference regarding the demonstrators protesting construction work at the Gezi Park in Taksim. "Certain people are trying to abuse this situation. A few days ago, our party spokesman and one of our party's deputy chairman Hüseyin Çelik made an announcement on the issue. Right now I would like to express this… There has been a decision that was passed by the council on the Topçu Kışlası. There will of course be objections and people will have opinions regarding whether the Topçu Kışlası should be built there or not. This is what is required of a democratic nation. I would also like to point out that what is being perceived by society regarding the plans for the Topçu Kışlası is not a structure in the scale of a shopping center.

I would also like to express that I am sad to see that certain people are exploiting environmentalists and an area that appreciates the environment by misperceiving and providing misinformation regarding what we are doing there now.

I believe that the meeting planned for 19:00 today will establish this. If politics surfaces in these sorts of situations, then sincerity is lost. We are expecting our fellow citizens and Istanbul residents to not allow this to happen. It is our primary objective to not do wrong by this city. The happiness of the people here is our greatest wish. I would like to share the unease I feel regarding those trying to drag the issue into other areas. I condemn those who are watching this all transpire from behind the curtains."

Istanbul Governor Hüseyin Avni Mutlu also took part in the press conference alongside Mayor Topbaş and announced that 12 people were wounded in today's protests and 63 others have been detained.