Deputy PM: “It’s better to talk about the project then spray tear gas” 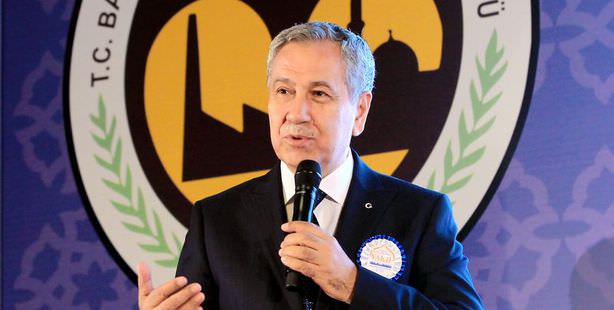 Speaking at the Bursa Provincial AK Party headquarters on Saturday, Deputy Prime Minister Bülent Arınç expressed his concern regarding the excessive use of tear gas by police on protesters and said, “I see benefit in telling people about the project instead of spraying pepper gas at them.”

Deputy Prime Minister Bülent Arınç commented on the escalation of protests regarding the demolition of Taksim's Gezi Park and stated, "I see benefit in telling people about the project ... instead of spraying pepper gas at them," in an apparent acknowledgement of the heavy-handedness of the police crackdown. "If people could have been informed further of what the plans were, instead of manhandling them and subjecting them to this and that, then the situation may not have escalated to this level," stated Arınç, adding that the Istanbul Municipality and Ministry of Culture should apologize for not sufficiently informing of the development plans.

Prime Minister Tayyip Erdoğan called for an immediate end on Saturday to the fiercest anti-government demonstrations for years, as thousands of protesters clashed with riot police who fired teargas and water cannons for a second day. The unrest was triggered by government plans for a replica Ottoman-era barracks housing shops or apartments in the Gezi Park, located in Istanbul's Taksim Square, long a venue for political protest.

Deputy Prime Minister Arınç went on to commend an administrative court order to suspend the Artillery Barracks project by saying it was both accurate and well-timed. "The administration is obliged to abide by this court order. At the very least we need to explain to the community in the best way possible what it is that is happening here and what the plans entail," said Arınç.

Explaining that provocateurs have escalated the situation, Arınç expressed how sad he was for what has transpired and offered 'get well' wishes to those injured. "Unfortunately due to the intentions of a few provocateurs amongst them wanting to drag the situation in a different direction, we are seeing unpleasant images surface.

Deputy Prime Minister Arınç also dismissed claims that his son was one of the owners of the shopping center allegedly planned to inhabit the new Artillery Barracks structure.