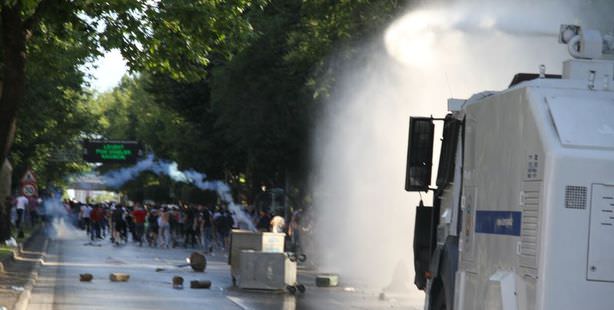 Interior Minister Muammer Güler has announced that they have begun an investigation into the claims police have used excessive force in dispersing protesters demonstrating against the redevelopment project in Taksim’s Gezi Park.

On Saturday the Interior Ministry released a statement informing that they will resort to legal measures on police officers who have exerted force exceeding their jurisdiction and an investigation into the matter is ongoing.

The Interior Ministry stated that as part of the ongoing investigation into allegations of excessive force, they are inspecting all camera footage recorded during police interventions in order to determine whether security forces exceeded their duties and legal authority and if so they will seek out legal measures.

The announcement emphasized that security forces in no way intervened in any legal demonstration or press announcements, however when the situation required intervention in cases of illegally organized events, security forces initially announce a warning and if not adhered to and if necessary they are forced to intervene using water cannons on riot control vehicles. "Intervention is warranted in situations in which warnings are not heeded and the incident poses danger to the surroundings, property, merchants, security guards and citizens. In interventions, tear gas is not used unless absolutely necessary," reads the statement.

The Interior Ministry announcement also warned against certain marginal groups that are demonstrating illegally and are provoking citizens to stage protests against police.