Demonstrators progress to attacking with knives 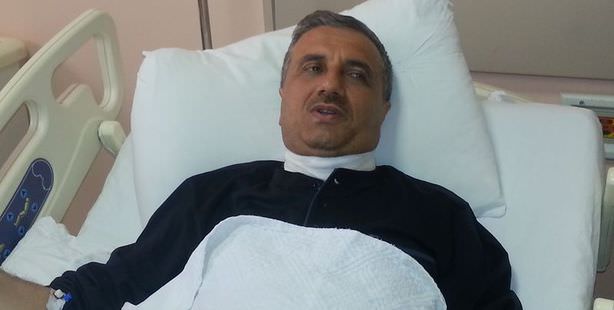 Konya’s Industrialists and Businessmen’s Association Chairman and former AK Party Güngören District Chairman Abdullah Başçı was stabbed by protesters on Sunday night and rushed to the hospital by onlookers.

Fellow KONSİAD administrators relayed Abdullah Başçı's testimony of the event to Sabah.com.tr. Prior to the attack, Başçı was trying to pass through the side of an area infiltrated by demonstrators in his car when he was initially verbally attacked. In the commotion, one of the demonstrators attacked Abdullah Başçı by stabbing him in the neck. Severely wounded in the attack, Başçı was rushed to the hospital by onlookers. Başçı received emergency treatment and is said to be recovering well.

Speaking to Sabah.com.tr, KONSİAD board members said, "Abdullah Başçı is the type of person who wouldn't even want someone to get a nose bleed. What kind of person is this that did this to him?"

The Konya Industrialists and Businessmen's Association released an announcement strongly condemning the attack on their official website, which stated the following:

"On Sunday, June 2, 2013, Mr. Abdullah Başcı, the Chairman of the KONSİAD Executive Board was a victim of an atrocious knifing by a group in Istanbul and has been admitted to the Bağcılar State Hospital. Our chairman's medical condition is improving.

As the KONSİAD community, we hope our Executive Board Chairman Abdullah Başcı gets well soon and we strongly condemn the individual or group responsible for this heinous attack."