President Gül: What is happening in Turkey cannot be compared to the Arab Spring 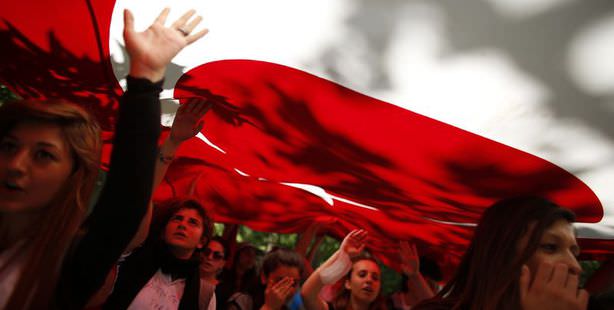 Commenting on the protests sparked by redevelopment plans of a park in Istanbul’s historical Taksim Square which have now spread nationwide, President Gül said that what is happening in Turkey is completely different than what transpired in Arab states are is referred to as the Arab Spring.

During a meeting with the International Investors Association (YASED), President Abdullah Gül addressed the protests that were sparked from outrage over the demolition of trees in Taksim's Gezi Park but have since spread to cities throughout Turkey. "What is happening in Turkey is completely different than what took place in the Middle East. What transpired in Middle Eastern countries was based on the lack of basic rights, liberties and fundamental issues. These are countries that do not hold free elections, where the people's will is not reflected and the courts are not up to western standards," said Gül.

Reminding that there has been a government in place for ten years now in Turkey, President Gül went on to state, "Those who oppose may have certain accumulations and sensitivities. There may be some who do not approve of our actions. There are times when politics in Turkey has become offensive and therefore some may be insulted."