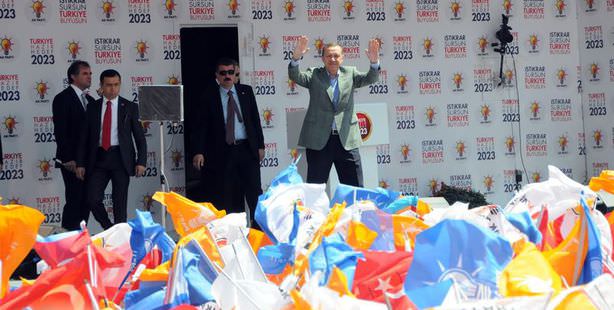 Because he didn't come to power with the strength of the army or with the junta, or with "shady" elections. He did come to power to office by acquiring 50 percent of the public's vote!

For those who only cry out, "my lifestyle is being taken away from me," but, I'm not going to be able to buy alcohol after ten p.m." and "they are even meddling in my abortions!"

Because we realize the hidden powers using the foil of the sincere protestors that care about de-rooting the trees and the pedestrianization of Taksim Square!

Because we clearly see the intentions of those riling the sincere protestors through the use of social media!

Because we see the animosity for Tayyip in their eyes that has blinded them, we have seen the hatred that allows them to transform every demonstration into an environment of chaos!

Because we witnessed how opposition parliamentarians spread false news!

Because we see the undeniable hatred shared by members of the opposition carrying signs that say, "Tayyip to the grave and bring the public to power."

Because we know who those who serve the issue on the plate of "The Turkish Spring" under the rouse of "patriotism" really are!

Because we are well acquainted with those appearing to be journalists and actors that use social media as the most immoral tool to spread disinformation!

Because the Islamophobic foreign press agencies were unable to suppress their glee that "finally Tayyip is finally leaving!"

Because we know Turkey is one of the world's rising stars!

Because he freed us from 50 years of the blood sucking IMF!

Because when the world was failing he made Turkey one of the world's largest economies!

Most importantly because he chose to stop the shedding of the blood of this country's children by swallowing the poison and solving the 100 year old Kurdish problem!

And because he has the prayers of at least 70 million living on this land...

Translated from an article written by Meryem Gayberi published in Aktüel.