President Gül: “We are now talking about the environment and not terrorism” 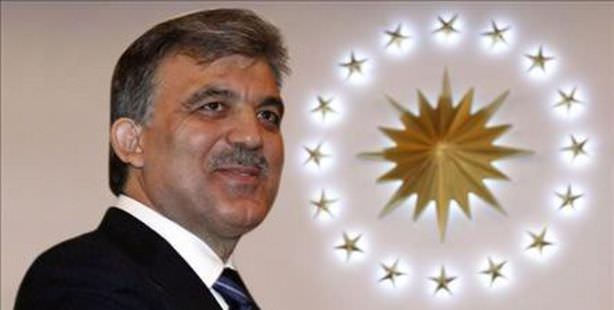 President Abdullah Gül continued on Wednesday to hold a series of meetings regarding the ongoing demonstrations sparked by a redevelopment plan of Taksim’s Gezi Park by welcoming a delegation from the Turkish Parliamentary Environment Commission.

During the meeting, which was centered on environmental issues, President Abdullah Gül commented on the Gezi Park protests by stating, "In Turkey we used to talk about issues involving terrorism and economic crises. Today, we have now reached a point where we are debating environmental issues. This is an indicator of progression." Reminding that environmental issues surface as a result of thriving and industrialization, President Gül said that what is happening in Taksim is a result of Turkey beginning to become a prosperous nation.

Turkey's Grand National Assembly (TBMM) Environment Commission led by AK Party Istanbul Deputy Erol Kaya relayed information regarding their ongoing projects. The delegation also relayed that they do not condone the fact that the protests which started in Gezi Park only to spread throughout 81 provinces has led to violent demonstrations. Gul relayed that a sense level-headedness has begun to take over the public and said that they well-intentioned protests were the result of democratic maturity and assured that they place importance on the reactions being vocalized.

While discussion the Parliamentary Environment Commission's ongoing efforts, the issue of electromagnetic pollution as a result of cellular phones, which are used by practically every single student in high schools and their equivalents was also addressed.

The ongoing traffic in the Çankaya Presidential Palace in an attempt to establish a level-headed response through the current developments in Turkey has also been the site of interesting dialogue. While paying a visit to President Gül, Confederation of Turkish Craftsmen and Tradesmen (TESK) Chairman Bendevi Palandöken expressed that the perception that alcohol is being prohibited has resulted in creating unease amongst the public. President Gül responded by stating that he has been informed on social issues regarding the matter, which he said he would be relaying to jurists to further examine.