What is going on during the brightest era of Turkey’s economic history? 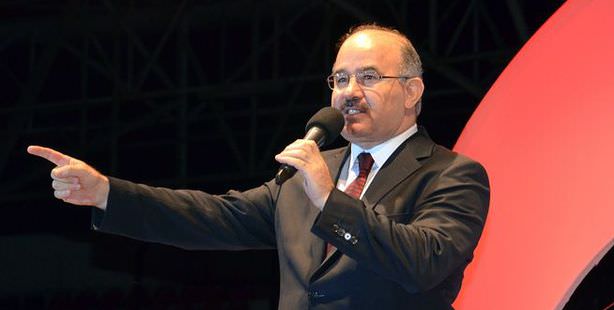 Pointing out that this past month was the most successful month in the history of Turkey, AK Party Deputy Chairman Hüseyin Çelik stated, “They begrudge us enjoying this success.”

AK Party Deputy Chairman Hüseyin Çelik released the following statements on Twitter: "May 2013 has become the most successful month in our history. Certain individuals ready to pounce have intended to use an innocent issue as a trigger in order to overshadow this brightness.

In May, a tender was held for the Third airport. The public gain: (including VAT) 70 quadrillion TL. In May, a tender was also held for the 22 billion dollar nuclear power station. A tender for the 4.5 billion dollar Third Bosporus Bridge was also held in May. We paid off the final installment of our IMF loan in May. A withdrawal of the armed elements of our nation began as part of the PKK Resolution Process in May. One after the other, International Credit Ratings Institutions began upgrading our rating. In May, the state's debt interest dropped to the lowest rate in history at 4.7 percent. However, they begrudge us enjoying this success. There are many more successes we will be presenting to our public. Those with ulterior motives should have understood by now that they will not be able to subjugate our leader Recep Tayyip Erdoğan by instigating a racket."