Gezi Park protests will not work to strengthen opposition parties 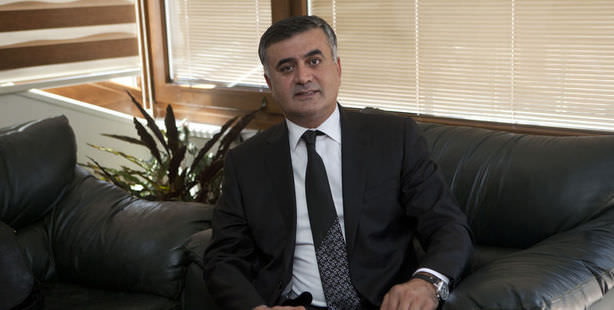 Remarking that the ruling Justice and Development (AK Party) is not the sole entity responsible for triggering the Gezi protests, Adil Gür, owner of the A&G research firm, states “The opposition also has a lesson to learn from this. To expect that the AK Party will collapse as a result of these protests is unrealistic.”

Adil Gür, the owner of A&G, a polling firm which periodically checks the pulse of Turkish voters, discusses the Gezi Park protests and whether or not the nationwide demonstrations will be reflected on the poll booths.

According to Gür, "The AK Party is not the sole cause of these street protests. Every political party has a lesson to learn from this." Gür also says that it is unrealistic to expect that the AK Party will collapse as a result of these protests.

* Why did the protests begin?

"We have polarized this society. We have always seen it as being black and white. However, there are grey areas. With technology, modernization and economic developments comes a change in societal values. Differences have developed between father and son and grandfather and son. For example, when we ask today, 75 percent of the public wants the headscarf issue to be resolved in a constitutional manner. Over 80 percent of the public says that they pray and fast. Ninety-eight percent of those polled say that religion is important in their lives. However, 67 percent of the very same public is against abortion prohibition. Over 90 percent say that interest goes against their religion. Seventy-seven percent say they have never had a drink yet they also say that they don't feel the new legislation prohibiting alcohol sales is right. When the gray area of people's lives is interfered with, then they begin to seek different methods to acquire their rights. Of course there are also marginal groups amongst them. However, we would be misguided to say that "all of those who have taken to the streets are pawns."

THE AK PARTY IS NOT THE SOLE RESPONSIBLE PARTY

* How do we need to read into these issues from a political perspective?

"I am not saying that everyone out on the streets is neither wrong nor right. I am an impartial photographer. The sole reason that people are on the streets is not the AK Party or the Prime Minister. MHP, CHP and BDP are also responsible… In other words, this is a system issue. The reason people are out on the streets is based on the inability to produce politics. Therefore, I am saying that everyone has a lesson to learn from this. What will happen if a lesson is not learned? Well, then these protests will end tomorrow and people will hit the streets again for some other random reason. This will create tension and it will also bring about new political formations."

* Will the Gezi protests be reflected in the polls?

"In the last survey we conducted on the resolution process, the AK Party had 46-47 percent of support. We haven't conducted a poll since the Gezi Park protests erupted. However, I must say this; it would be unrealistic to expect the AK Party to collapse as a result of daily political developments. These sorts of events will only result in a two to three point deviation. Turkey says whatever the elected leader says. Mr. Tayyip Erdoğan is a charismatic leader. He has influence over the party."

ECONOMY IS WHAT DRIVES THE POLLS

* What determines the voters' preferences in the polls? Are liberties one of these options?

"The only thing that affects the votes of a party in the polls is the economy. Concerns regarding liberties and ideological debates only have a limited affect on voters. These types of demands are only important for 10-20 percent of voters. A majority of voters have difficulties paying their rent at the end of the month and paying off their credit cards. Therefore, human rights and liberties are not their first priority. The CHP's voter base consists of a much more educated and high-income group. Therefore, these sorts of demands are higher amongst them. There are also wealthy and educated voters for the AK Party, however in lower-income groups, AK Party's votes are through the roof."

THOSE OUTSIDE OF THE AK PARTY DO NOT GIVE CONFIDENCE

* In other words, are AK Party voters not affected by this?

"The government today has an extreme influence over voters through the social assistance they provide. When the AK Party did this, the opposition parties considered it to be a "charity culture". Therefore, those voters are concerned they may lose their rights if the AK Party goes. Those of higher income stand by the AK Party because they don't want the stability to be disrupted."

* Are the AK Party the only ones to establish stability?

"There is the concern that if there isn't the AK Party then there will be a coalition and stability will be rocked. The reason being is the fact that opposition parties do not give confidence."

IT IS A SHAME TO EVEN THINK ABOUT MAY 27

"In the past we have seen those who called on the military, or released memorandums or held meetings. After all of these attempts, the AK Party only got stronger. As for May 27th… It is extremely shameful to even consider that these protests could result in anything that is not a democratic solution."

"You are right. However, this is part of our culture. Just think, even when the U.S. was intervening in Iraq, we were advising the U.S. military on television. We teach technical directors how to play football when we watch a game. Therefore, there is no reason to take this seriously."

* Throughout our political history, we have always experienced situations like this. It was always revealed in the end that there were other forces behind these situations. Some are saying the same thing for these protests. Do you agree?

"There are some question marks in my mind. The prime minister's former advisor, who is now a deputy Yalçın Akdoğan said, "We will not let the Prime Minister fall." What is he trying to say? The Prime Minister says that the interest lobby is behind these events. They are talking about international circles. I am wondering if the Prime Minister's manner is not due to the streets but maybe is the result of something else. Then again maybe we need to seek the solution inside rather than outside. There are the presidential and general elections ahead. Is it just the interest-rate lobby that is trying to take profit from this environment of chaos?"