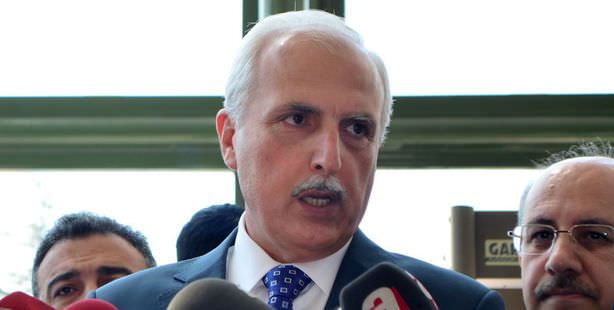 Istanbul Governor Hüseyin Avni Mutlu sent greetings to protesters camping out in Taksim’s Gezi Park and wrote apologetic messages for the excessive use of force on his Twitter account over the weekend.

Istanbul Governor Hüseyin Avni Mutlu sent a series of messages directed to the protesters camping out at Taksim's Gezi Park via his Twitter account this weekend. Apologizing for individual mistakes and excessiveness, Mutlu wrote on Saturday, "I apologize a thousand-fold for a single heart."

On the 13th day of nationwide demonstrations sparked by redevelopment plans for Taksim's Gezi Park which has since escalated with Mutlu facing harsh criticism for police using excessive force on demonstrators who were out trying to protect trees, the Istanbul Governor took to his Twitter account to release messages of greetings and apologies.

"I have slept just two hours and I COULDN'T SLEEP. I am awake to salute the youth of this nation that are now sleeping in GEZI PARK rather than in their own warm beds," wrote Mutlu early on Saturday morning.

'MAY YOUR MORNING BE PEACEFUL'

Istanbul Governor continued to send tweets throughout the day addressing those camped out in Gezi Park by writing, "I salute those who consider themselves to be free individuals, citizens above all parties and not those who follow others but instead defend their own ideas."

"I want to relay our belated greetings to the people of our nation and our youth that have been staying in Gezi Park for days. May your morning by peaceful, Merhaba."

"I believe that there is nothing more important than speaking with our people, our youth, apart from any form of positive or negative assessments."

"Even if we do or do not agree with each other, we are obligated to share our woes and to look into one another's' eyes humanely and with justice, every individual is worthy and special."

"I want to hold a conversation open to criticism with only the youth in Gezi Park that describe themselves as being free individuals and citizens."

"Youth, is it true that mornings are peaceful in Gezi Park, filled with bird songs, the smell of linden trees and the buzzing of bees? I would like to be amongst you."

"The individual mistakes that took place occasionally and the excessive force used warrant an apology. I apologize a thousand-fold for a single heart. With respect..."

DEMONSTRATORS ARE NOT SATISFIED

Protesters were not satisfied by Governor Mutlu's tweets however. While Erman Arslan commented in response, "He should resign rather than apologize," Hüma Talay wrote, "The apology message written by the governor over Twitter is not at all trustworthy."

This is a translation of an article originally written by Ali Balcı and Serdar Canıpek.