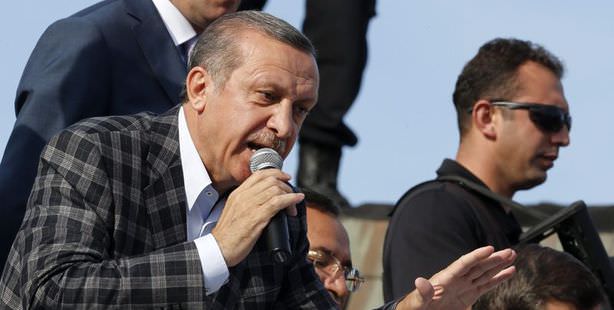 "Those who do not respect the government in this nation will pay the price. I am calling on my brothers who rose to the bait in Ankara yesterday, in Kızılay and in Kuğulu Park," stated Erdoğan.

The Prime Minister went on to call for an end to the demonstrations by stating, "Please, put an end to these protests now. Look, we have been patient up until now. As a Prime Minister I am now saying this is enough. If you have something to say in regards to local administration, then come and relay the issue to my municipal mayor. Come, and tell my governor. If not, then tell my Minister of Culture. If that doesn't work then I will also welcome you, come and tell me. However, to embark on a movement as if you were the guild of janissaries, then with all due respect, but to say, 'You need to resign this governor or this police chief and you are not going to do this or that,' well then sorry. If you have demands then relay them. If you are going to make a contribution, then share what that is. Only then, will we fulfill them all."