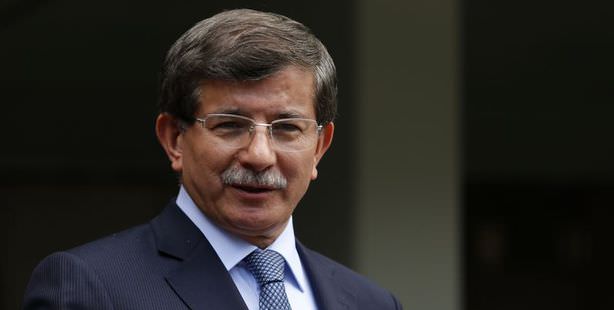 Foreign Minister Davutoğlu took part in an interview broadcasted on national television where he discussed the internal and external dynamics of the Gezi Park protests.

Foreign Minister Ahmet Davutoğlu took part in a television program entitled "Press Club" where he responded to questions regarding the Gezi Park protests. Davutoğlu pointed out the five main actors in the demonstrations which have been ongoing for two weeks now and underlined the fact that the protesters out on the streets were bred during the AK Party era.

"We need to recognize the main actors of this process," said Davutoğlu pointing out that the protests that started over Gezi Park are not at all comparable to demonstrations in Europe or the Middle East. "The demands by demonstrators in Tahrir, Tunisia and Yemen are demands that Turkey already fulfills. Elections, freedom of thought, democracy… These are all demands that have been realized in Turkey," said Davutoğlu.

Explaining that the protests in Europe are distinct in that they are staged by the desperate masses as a result of rising unemployment and the economic crisis, the situation is different in Turkey, said Davutoğlu.
Pointing out that these protests need to be well-understood, Davutoğlu stated that when notions regarding the environment and urban planning surface, it is in fact an indicator of a nation's development. "Despite all of the negativities, this is also a positive development," said the foreign minister.

THERE ARE FIVE MAIN ACTORS IN THE GEZI PARK PROTESTS

"There are five main actors in this process. The first are those who are acting on behalf of environmental awareness. The debates within this framework need to be paid extreme respect. The second actors consists of the youth who are oppositionists however they do not resort to violence. We are witnessing that this group consists of youths between the ages of 17-25. They also need to be understood.

The third group consists of provocateurs that are separate from the previous two segments which consist of sincere protesters. Democracy is at the same time a state of law. No state of law can permit chaos to ensue. If they were to permit this, then liberties could not exist.

The fourth actors are internal political and economical players. This includes opposition parties and business circles. They have also reacted throughout this process.

The fifth actors are international players. As the Foreign Minister and someone who carries the responsible of representing this nation's esteem, I would like to share my own reactions with these actors.

Drawing attention to the fact the provocateurs out on the streets that are trying to abuse the situation as well as those abroad who are also trying to take advantage are circles that want to place shackles on Turkey's ankles, Davutoğlu stated that these actors are trying to imprint two assumptions in people's minds. "One, that Turkey's government is not knowledgeable on the environment and urban planning and the public is revolting against it. The second intention is to portray the image that liberties are restricted in Turkey and the nation is headed towards a dictatorship," said Davutoğlu.

THEIR CONCERNS ARE OUR CONCERNS

"The concerns regarding the environment and urbanization felt by my brothers in Taksim are the same concerns that we have. We would never allow for the oppression of any individual, animal or environment. If the issue had remained solely an environmental one, then you can be sure this would have been a great gain for us and nobody, especially the Prime Minister, would have objected. Let it not be forgotten, the youth that went out to freely protest are the youth that were brought up during the AK Party era.

WE GAVE THE YOUTH THIS CONFIDENCE

If there was a dictatorial approach then this youth would not have been this confident. If this youth had hit the streets following the 1999 crisis, they would have been the same as the unemployed youth that have flocked out in European capitals. This environment of freedom was established during the AK Party's era of government rule," stated Davutoğlu.

THEY ARE AT UNEASE BY A RISING TURKEY

Davutoğlu explains that the shared discomfort by provocateurs, circles that have lost the hope of being able to come to power in Turkey through normal means and foreign circles is the fact that parallel to Turkey's rising, the AK Party continues to win each election with a stronger voter base. "It is clear that there circles are uncomfortable with the nation's rising. You can be at unease due to the AK Party, however, if you are uncomfortable with Turkey's rising then that means you are uncomfortable with the public will. We have built a great confidence amongst society. As a political movement which embraces all segments of society, the AK Party has established an environment of exercising political power, security and stability," stated Davutoğlu.

THE INTERNATIONAL MEDIA HAS A DOUBLE STANDARD

"There will be demonstrations in democracy. Opposition is one of the main factors of democracy. These are all rights. However, one needs to be aware of the difference between the ways the international media has portrayed these protests compared to how they covered similar incidents in European capitals and in the U.S. where police had to take comparable measures, stated Davutoğlu explaining that one foreign correspondent reported the protests wearing a gas mask, at a time when there was no need and nothing happening to dictate such a move. The Foreign Minister also added that no nation would have allowed these provocateurs to do what they have and the police are tasked with the duty of establishing public order. If they have erred, then they will also be subject to the principle of accountability," Davutoğlu said.

In reference to the start of the Gezi Protests on May 31st, Davutoğlu stated, "We are talking about a month during which in a single day, Turkey held a 65-billion dollar tender. We also zeroed out our IMF loan in May. This is an operation against the image of this country, with certain people focused on dirtying this image. These are circles that believe they own area is receding as Turkey is on the rise."