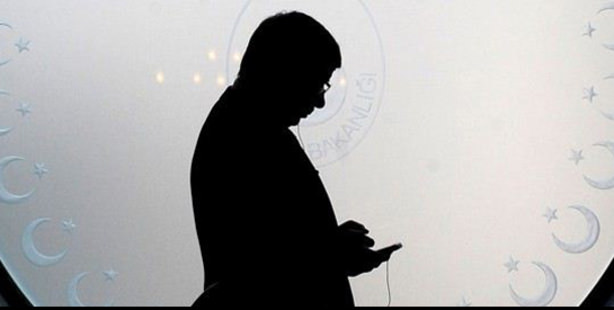 Commenting on the portrayal of the recent Gezi Park protests, Foreign Minister Davutoğlu stated, "When there were protests of this scale in Europe, did we make the same comments they are by stating, ‘there are two Turkey’s in conflict in the square’? There is just a single Turkey in Turkey.”

Foreign Affairs Minister Ahmet Davutoğlu responded to questions on current issues on a TGRT News television broadcast on Wednesday night. Discussing the Gezi Park protests, Davutoğlu stated that all of a sudden an operation began intending to create a new perception of Turkey within the short time span of two weeks. Davutoğlu expressed that this is actually a case exceeding even that of conspiracy theories in regards to the demonstrations and also said that he has shared these sentiments with his counterparts.

"In what major capital or city in Europe could the city's largest square be shut off to its normal flow of traffic for a full 18 days", asked Davutoğlu, adding "On June 1, the very same day, police in Frankfurt used tear gas and water cannon to contain Blockupy protests. Hundreds of demonstrators were arrested and detained for hours for just one reason: that their faces were covered. So, did the protesters you saw in Turkey on the extended hours of broadcasts, cover their faces?"

Davutoğlu also contested the portrayal of the protests as if it represented a divided Turkey by stating, "When protests in European capitals were widely broadcasted did we ever turn around and say anything reminiscent of what they have, such as "there are two Turkey's that are in conflict in the square"? No foreign minister can discuss my country in this manner. There is just one Turkey in Turkey.
"The woman in a headscarf who was attacked is the wife of a close former student of mine"

Reminding that a certain newspaper as well as even the Chairman of the main opposition Republican People's Party (CHP) Kemal Kılıçdaroğlu inferred that reports of an attack on a woman wearing a headscarf were inaccurate, Davutoğlu had the following to say on the matter:

"The headscarf-wearing lady, who was the victim of the attack, is the wife of a student of mine that I remain close to. I spoke with him on the day of the incident. I was in Algeria at the time and I called him myself. I am stating this because I want it to be known, this is an actual case. Her father is a college friend of mine; we studied during the same time together. His son was my student and his wife could be considered my own daughter-in-law. I heard about this incident from a first-person account. When the story was released on Twitter, I became suspicious and thought maybe certain people were trying to provoke a situation that would lead to mass hostility and so I called them directly."

Explaining that the family wanted to hide the incident from even himself in order to not contribute to inciting events, Davutoğlu stated, "Even amongst ourselves and even though the Prime Minister had wind of the story, we refrained from mentioning it for days in order to prevent any sort of backlash. The inducement of this pain, which is the biggest insult that can be made to a woman, is something you were practically going to excuse. For days I have been enraged. And for days we had to hide that rage within ourselves. Now is this exercising freedom?"

"NOBODY SAYS 'THERE ARE TWO BRAZILS"

Davutoğlu also remarked on the development of similar protests in Brazil by stating, "Nobody says 'there are two Brazils'. Nobody also says, 'We are concerned for the future of Brazil'. And nobody instructs the Brazilian government in a language of superiority to 'go and establish dialogue with the protesters."
Davutoğlu went on to explain that certain European politicians and certainly the majority of those in the European Parliament established their perception of Turkey based on the country they became familiar with in the 1990's. Therefore the successes experienced in Turkey over the past decade have been an abnormality for them, stated Davutoğlu adding, "They were at ease over the past 15 days. Do you know why? There used to the unrest. Amongst themselves they had a certain perception of Turkey and the reality of Turkey did not coincide with this perception. They were constantly suppressing the Turkey that exists.

What has transpired over the past 15 days has comforted them. They figured and saw that they may be able to reinstate the former perceptions."

"THIS IS AN EXPERIENCE, WE WILL BE ANALYZING"

Noting that they were expecting certain provocations prior to the protests, Davutoğlu stated that nevertheless, it was still difficult to calculate whether these incidents surfaced as part of some master plan.

"This is an experience, and we, as the government, as the mind of the state, will be analyzing all of this. We have been discussing it amongst ourselves. We are trying to inspect the situation as if it were anatomy," stated Davutoğlu.

In reference to a cartoon depicting Prime Minister Recep Tayyip Erdoğan as Hitler and Deputy Prime Minister Bülent Arınç as one of his SS officers which was published Germany's Bild newspaper, Davutoğlu questioned if this wasn't some form of revenge.

"This is being done by a German newspaper. Whereas I am a Foreign Minister who went to Germany a year-and-a-half ago to question German officials regarding the neo-Nazi murders. This is what comes to mind. Is this some form of revenge? You compare me to a Nazi, or a Prime Minister, who has always spoken out against any form of racism, to Hitler. There is a perception being created here."

Foreign Minister Davutoğlu also mentioned the "standing man" protest staged in Taksim Square and stated that as a booklover, it is pleasing to watch protesters stand in the square and read books and to have police officers also reading in response. "There is no harm in them reading books across from one another," said Davutoğlu pointing out the possibility of this protest being sustained.

Davutoğlu also referred to the "Wu Wei" principle in Taoism that literally means non-acting or non-doing and stated, "If this is being conducted in order to seek a spiritual awakening well then as a philosophy, I could enjoy this. Pointing out the connection the words for "Standing" and "understanding" have, Davutoğlu said, "Hopefully they will stop and think. When they stand, I hope they begin to understand."