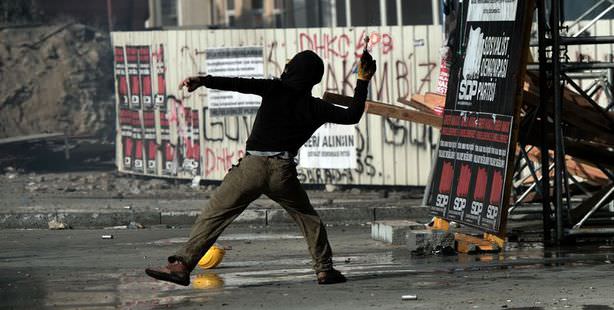 Security forces are currently inspecting all footage captured on Mobese city surveillance cameras in an effort to pinpoint provocateurs responsible for looting retailers or public property. The cost of the damages incurred will be compensated directly by the individuals responsible themselves.

Security forces, which have been closely inspecting city surveillance footage since the Gezi Park protests began, have identified provocateurs responsible for causing damage to merchants and public property.

The damage incurred is planned to be recovered from the protesters deemed responsible themselves for causing harm. Through a thorough investigation of city surveillance footage, police in Ankara have identified individuals amongst the protesters responsible for harming, looting, smashing the windows and damaging property of retail stores.

These individuals will be held accountable for the damage incurred to retailers, the municipality and other public institutions, through court cases to be filed by those directly victimized as complainants demanding the damage be compensated by the responsible parties.

As a result, compensation for the damage incurred will not be coming out of the state's register.