The final stage of withdrawal 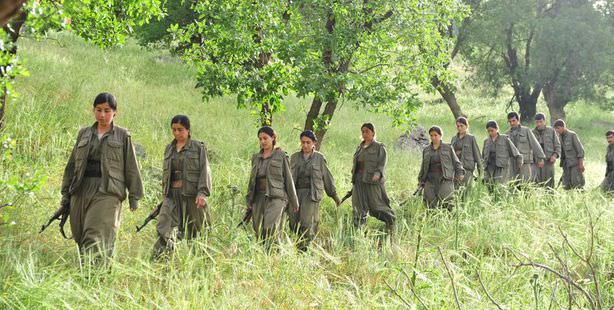 While the withdrawal of the PKK continues, as part of the ongoing resolution process, two-thirds of the terrorist organization’s armed members have already evacuated Turkish territories and are now in Iraq.

The Black Sea group, anticipated to be the final collective of PKK's armed members to exit Turkey's borders, is stated to have reached the district of Lice, located within the Southeastern province of Diyarbakır. The organization members reached the rural region of Lice from where NGO representatives also observed as the group exited Turkey and entered Iraq.

An announcement released by the PKK under the headline, "Our democratic solution march continues in the strongest way possible," went on to state the following: "Our remaining comrades are also now in motion. We hope those friends will also be able to steadily reach our vicinity."

Meanwhile, a police station built next to a former airport located five kilometers distance from Hakkâri's Yüksekova district, was protested by thousands on Tuesday night.

Sıddık Akış, a member of the Kurdish nationalist opposition Peace and Democracy Party (BDP) commented on the demonstrations by stating, "The AKP (Justice and Development Party) and the state need to take democratic steps. Our intention is not conflict it is integrity."