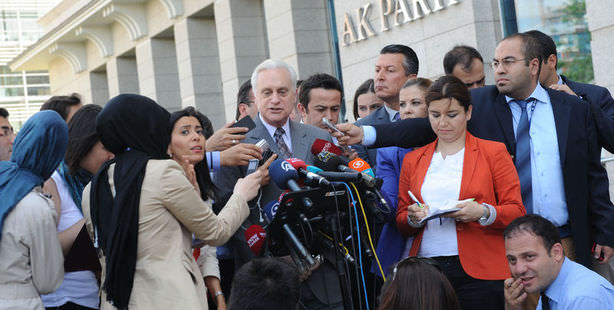 United States Ambassador to Turkey Francis Ricciardone met with Prime Minister Tayyip Erdoğan's Chief Advisor Yalçın Akdoğan on Wednesday in the capital. The meeting, held at the ruling Justice and Democracy Party (AK Party) General Headquarters was prearranged by request of the U.S. Embassy. Ricciardone spoke to reporters following the hour-long meeting, during which he stated, "We emphasized once again our trust in Turkey's democracy."

Ambassador Ricciardone went on to explain that he upholds close relations with the government's ministers and also speaks with the opposition and stated, "We are Turkey's friend and ally. We place high importance on our Turkey's power and our shared common interests.