Terrorism in Turkey is coming to an end as PKK withdraws 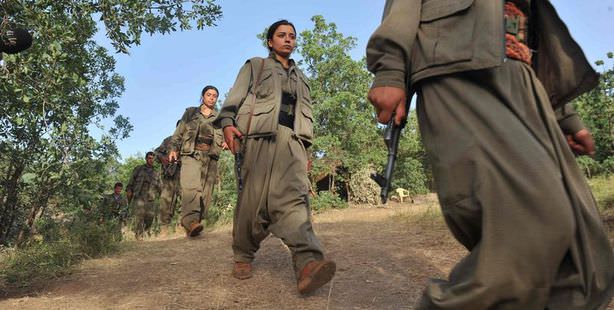 The PKK has announced an update regarding the ongoing withdrawal process of the terrorist organization’s armed militants.

The PKK has released details of their progress thus far in the ongoing withdrawal process. In 45 days, PKK troops have withdrawn completely from Şırnak, Hakkâri, Van, Mardin, Diyarbakır, Siirt, Muş, Bitlis, Elazığ, Diyarbakır, Bingöl and the Amanos Mountains. The withdrawal of troops from the Black Sea, Sivas, Tokat and Dersim currently continues.

As part of the ongoing resolution process to put an end to terrorism and to disarm the PKK, the withdrawal of the terrorist organization's armed militants from Turkey's borders continues. A recent statement released by PKK commander Bawer Dersim in Turkish and by Delal Amed in Kurdish provided details of the progress of the ongoing withdrawal process. "In 45 days, our forces have withdrawn from Şırnak, Hakkâri, Van, Mardin, Diyarbakır, Siirt, Muş, Bitlis, Elazığ, Diyarbakır, Bingöl and Amanoslar and reached Northern Iraq in a short of span of time. At present, our forces who have departed from the Black Sea, Sivas, Tokat and Dersim regions are currently progressing on foot to the Media Defense Area," stated Dersim.

Noting that any allegations that the withdrawal process has slowed-down or been halted are incorrect, Dersim stated, "We have completed the first phase of this process. For the second phase, we are waiting on the necessary constitutional steps to be taken. If these steps are not taken, then national and international forces that want to sabotage this process may come into play."

WITHDRAWAL PROCESS TO BE COMPLETED ON SEPTEMBER 1

The conditions of nature, the activity of herons and situations involving village guards may push this ongoing process back to September 1st. Sources say that the withdrawal of PKK forces from the Black Sea, Sivas, Tokat and Koçgiri may take up to four months, which means they may complete the process on September 1st, which interestingly enough is World Peace Day.

Speaking on behalf of the organization, Dersim also requested that all individuals arrested in connection to the KCK case be released immediately, that the Anti-Terrorism Act be eradicated and for the imprisoned PKK leader Öcalan to be allowed contact with additional establishments, individuals and delegations. Dersim also stated that they are looking into the attack on a Sikorsky in Hakkâri.

Meanwhile, PKK members who have withdrawn from Turkey are first brought to temporary camps set up along the border in Northern Iraq where they are provided with moral support. After spending approximately a week in these camps, the PKK militants then set out to reach the permanent camps that have been set up as settlement areas for the terrorist organization members.

Two PKK groups have reached the Metina region from the Diyarbakır and Bitlis-Bingöl regions. Speaking on behalf of the group, one PKK member stated, "We set out in order to put an end to the war and even though we have been faced with a number of difficulties we have reached a stage of peace." Explaining that they have been trekking since May 8, the spokesman reassured, "We believe in this march."

This is a translation of an article originally written by Müjgan Halis and İlhami Yıldırım.