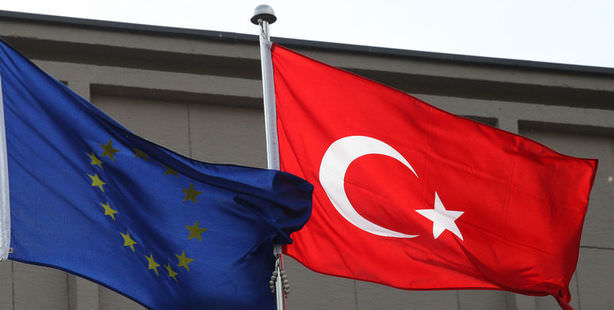 Turkish Foreign Minister Ahmet Davutoğlu said on Tuesday that the European Union General Affairs Council has decided to open Chapter 22 which regulates regional policies in Turkey's EU accession talks.
Davutoğlu made a press statement in the Turkish capital of Ankara on Tuesday regarding the negotiation process with the EU on the opening of talks on "Regional Policy.

"The EU General Affairs Council has decided to open Chapter 22 in Turkey's EU accession talks. Any delay would be out of question. I do not see any obstacles for the opening of Chapter 22," said Davutoğlu adding that he is expecting positive results. "This decision clearly says Chapter 22 has been opened. What is more important is that the decision has been made and it has been confirmed the chapter was opened. Joint works will continue for not only this chapter but also for others to be opened as we agreed," stated the Foreign Minister.

"I hope we will not go through such a crisis again. The Turkey-EU train will move to reach its target in the quickest way," said Davutoğlu. "The obstacle which would prevent Turkey- EU relations has been removed as a result.

The EU is a strategic target for Turkey, said Davutoğlu hoping the EU would assess Turkey's membership with the same strategic perspective.

Davutoğlu also said he had talked to his Dutch counterpart Frans Timmermans over the phone and Timmermans expressed support for the opening of the chapter.

Davutoğlu said they wanted Chapter 23 and 24 to be opened immediately adding these chapters were important in terms of human rights and freedoms.