“Everyone can now relax, the operation didn’t work” 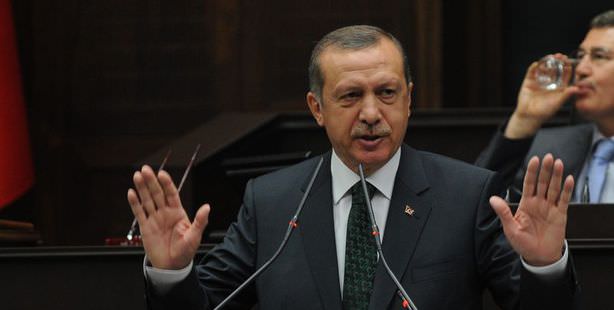 Prime Minister Erdoğan accused the escalation of demonstrations over protests regarding redevelopment plans for Taksim’s Gezi Park of targeting Turkey’s economy and stability and said, “The operation did not work.”

Speaking at a group meeting for his ruling Justice and Development (AK) Party, Prime Minister Recep Tayyip Erdoğan said that Gezi Park did not belong to a minority but to the whole nation, stating, "We appreciate our national will as our honor and we'll protect it with our lives."

Prime Minister Erdoğan stated on Tuesday that his nation did not buy into these campaigns by patiently monitoring the protests and clearly understood what was attempted to be achieved with the escalation of the Gezi Park protests. "Violence is never a precursor to victory. Violence pushes people away and marginalizes. Those who resort to violence always end up losing," stated Erdoğan.

THEY EXTERNALIZED THE ISSUE

Prime Minister Erdoğan pointed out that those who provoked the demonstrations were well aware that they had no influence over the nation and stated, "Protesters could not find domestic support so they began seeking external support. Instead of writing in Turkish, they chose to address the protests in English," Erdoğan said.

WE HAVE NEVER DISCUSSED AN ISSUE BEFORE AT SUCH LENGTH

Prime Minister Erdoğan also noted that they had never before devoted such an extensive amount of time to any issue prior in the Council of Ministers and stated, "There were some amongst the protesters that were sincerely there for Gezi Park, the protection of trees and for environmental awareness. We spent hours listening to their representatives. However, there were some amongst them that were not sincere. There were some who swung around ultimatums such as 'you will remove this governor or others from office," said Erdoğan drawing a comparison to revolting groups amongst the janissaries. "Which government is it that you are speaking to? Can you say such things to the AK Party government," Erdoğan asked.

The Prime Minister also addressed a tweet published by a Turkish BBC reporter who wrote that rather being the 'standing man'; they should be the 'standing in the way man'. 'Let's halt the economy. Do not be a part of consumption for six months. Then they will listen to us.' "How could someone be a part of this level of conspiracy against their own country? Can you call this journalism," asked Erdoğan.

THE ISSUE WAS THE ECONOMY BUT IT DIDN'T WORK

"The issue is not Gezi Park; the target was to halt democracy, to stop Turkey and its economy and to strike a heavy blow on tourism to ensure Turkey loses out. The mentality was that no matter what happens to Turkey if the economy goes on a downward spiral, the AK Party will then be frayed. They intended to instill apprehension on those investing in Turkey or with intentions to invest. There were some who tried to benefit from creating artificial fluctuation and an environment of instability. I am extremely pleased to say this operation did not hold and you can relax. The rooted reforms we have conducted over the past 10.5 years have prevented this sort of operation from succeeding," stated Erdoğan.

"Our Kurdish brothers saw from the start that the protests in Taksim, Ankara and İzmir had racial dimensions and realized that the demonstrations were targeting Turkey's unity, brotherhood and especially the national will and therefore they did not fall prey to this game," Erdoğan told his group in parliament.

Prime Minister Erdoğan referred to reports that "police had attacked a hotel" by saying that the police in no way intervened in the hotel with no basis. Stating that the square was filled with demonstrators intending to clash with police and the owners of the hotel proceeded to host said protesters, Erdoğan clarified that it was only at that point that the police entered the hotel. The Prime Minister also pointed out that what the hotel did was in fact abetting, which he said was actually a crime.

Prime Minister Erdoğan stated that unfortunately the main opposition Republican Peoples Party's (CHP) insufficiency, ineffectiveness, weakness and low-brow opposition has led to a point of hopelessness for CHP voters. Unable to stage an opposition in the assembly, the CHP called on people to take part in conflict on the streets, said Erdoğan calling on the youth to not rise to the bait. "We do not want our youth to have to endure what we did," said Erdoğan.

"Unfortunately, we have seen that our Alevi citizens as a mass took part in the demonstrations. We understand their demands well. However, they need to be handled at the table," said Erdoğan adding that they do not want to repeat previous mistakes.

Erdoğan also commented on the CHP making references to fascist dictatorships and said, "If they want to see a fascist dictator all they need to do is look in the mirror or look into their past. They should take a look at Assad, whose orders they are now under. They should look at the photograph of their national chief at their party headquarters, who happens to be the architect of the Dersim killings. That is where they can find their fascist dictator."

Responding to a question on his impending Gaza trip from a reporter following the AK Party group meeting, Prime Minister Erdoğan explained that due to recent developments he wasn't able to go at that time, but that now he is ready and stated, "There could be a surprise trip at any moment."

The White House has released a statement regarding the telephone conversation shared between Prime Minister Erdoğan and President Obama on Monday stating, "Obama and Erdoğan discussed Syria, including the regime's use of chemical weapons against its own people." The two leaders said they were committed to "pursuing a political solution" in Syria and the need to support opposition groups "to improve their effectiveness," the statement said adding "the two leaders also discussed the importance of non-violence and of the rights to free expression and assembly and a free press."