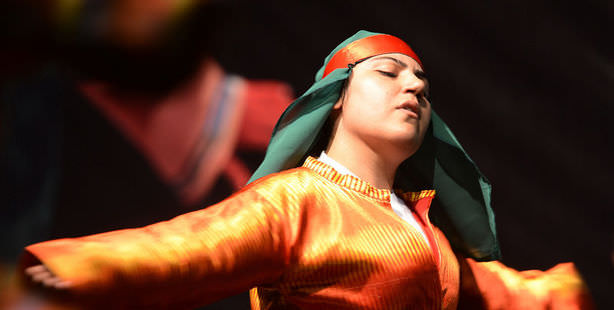 As part of the government’s efforts to revive the Alevi initiative, ‘Cem’ Houses, Alevi houses of worship, and Dedes, Alevi spiritual leaders, will be granted legal status. This new move involves amendments to the 88-year-old Tekke and Zaviyeler Law, which foresaw the closure of Dervish lodges.

As part of the ongoing Alevi initiative, after holding lengthy consultations with Alevi representatives, the government has now established a roadmap. The objective of the first step involves offering legal status and public assistance for Cem Houses, Alevi places of worship, and Dedes, Alevi spiritual leaders. However, the Tekke and Zaviyeler Law, which issued the shutting down of Dervish lodges, posed an obstacle for the legitimizing of Alevi places of worship and religious titles. The decision has since been made to make a new move involving lifting the obstacle hindering the Alevi initiative.

The single article law which went into effect in 1925 shut down all Dervish lodges, monasteries and recluses that did not qualify as mosques and rendered all titles involving Sheikhdom, Dervishes, disciples, Dede's, seyit (a person who is a descendent of the Prophet Muhammad) and çelebi, a leader of a Dervish order. With a legal amendment, this prohibition will be lifted.

Due to the fact that the legislation was part of Atatürk's reform process and therefore carries symbolic meaning, the issue is planned to be initially brought to public debate. The government will be knocking on the opposition's door in order to garner support and with a high consensus; efforts will begin in October to legalize the changes. The government, which feels that Turkey has more than overcome the threats constituted during the initial years of the Republic's forming, intends to hear out the views of victimized groups that will be positively affected by the legal amendments and accordingly possibly even reach agreements on further amendments.

Responding to questions on the issue posed by SABAH, Deputy Prime Minister Bekir Bozdağ stated, "We have now overcome the fears from the past. Without an amendment to this legislation, any steps we take would be invalid." Noting that the Tekke and Zaviyeler Law is the main source of Alevi issues, Bozdağ stated, "This law forbade the Alevi-Bektashi tradition as well as all sects. The use of the title 'Dede' as well as many others was also prohibited. Now I ask you this. In Turkey are there Kadiriler, Nakşiler, Mevleviler, Bektashi, sheikhs, dedes, babas and disciples? Yes, there are. Despite the law, all of these religious orders continue to function. This legislation has symbolic meaning. During that time, when there was a transition from sharia law to secular law, this may have carried significant value and symbolic meaning. However, Turkey is now a country that has overcome these fears. There is benefit in not just lifting the legislation, but in discussing ways to make changes that will help in solving the issue. By disregarding this law, every step taken in the initiative will be lacking."

The 'Tekke, Zaviye ve Türbelerin Kapatılması Kanunu', the law which resulted in the shutting down of all Dervish Lodges and their equivalents, went into effect on December 13, 1925 and is considered to be a part of Atatürk's Reforms. The legislation forbid all religious sects, including sheikhs, dervish, disciples, dedes, seyit (descendants of the Prophet Muhammad), çelebi, baba, emir, caliphate, fortune-telling, magic, breath therapy, prophesy and writing amulets to reach an aim, to hold related events, to use titles, and to conduct any service on behalf of said factions or to dress in a certain manner representative of a certain title. All shrines belonging to sultans or sects that were geared towards profit were shut down.

When Sheikh Said and his revolters were tried by the Diyarbakır Liberty Court, the court ruling stated that the shiekh's lodges and recluses were used to influence the public to worship, under the guise of God, after which all lodges were shut down in the juridicial district. This development expedited the issuing of the law that would later result in all lodges and their equivalents being shut down.

In 1950, an amendment to the legislation provided for the reopening of a number of mausoleums according to approval by the Ministry of National Education. The second amendment, made in 1990, eradicated the condition mandating Council of Ministers approval for the opening of a mausoleum and placed authorization solely in control of the Minister of Culture.