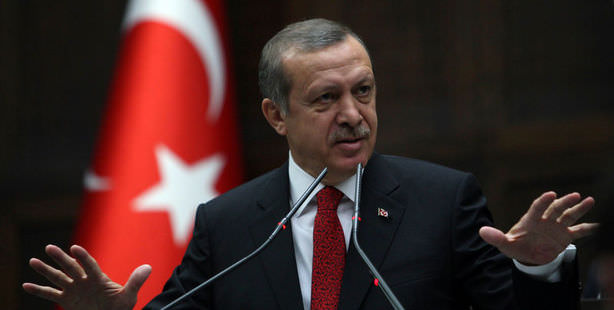 “To defend against the rising racism and discrimination in Europe, before the pains and experiences of the past are relived, measures must be put in place” stated Prime Minister Erdoğan.

The Turkish Grand National Assembly (TBMM) hosted the 22nd Parliamentary Assembly of the Organization for Security and Co-operation in Europe in Istanbul on the 29thof June. Prime Minister Recep Tayyip Erdoğan delivered a message during the meeting, which also saw the President of the TBMM Cemil Çiçek and Foreign Minister Ahmet Davutoğlu speak. Prime Minister Erdoğan stated that the PA OSCE that deals with issues that emerge in Europe needs to use its political strength proactively and cautiously; "To defend against the rising racism and discrimination in Europe, before the pains and experiences of the past are relived, measures must be put in place" said Erdoğan.

During the meeting, which consisted of parliamentarians from 57 countries, representatives of NGOs, and chiefs of international missions, Erdoğan's statements read at the opening ceremony called for Turkey to continue working for peace and unity while standing up against rage, hatred and crimes against humanity in an effective way by supporting the coalition as one of the PA OSCE's founding members. Drawing onto the importance of the PA OSCE Erdoğan's statement said, "The PA OSCE, composed of indubitable parliamentarians, is one of our greatest political forums in dealing with finding permanent solutions to the problems in our area." Mentioning that Turkey has been involved on the field in the struggle, fully supporting the PA OSCE since 1992, Erdoğan continued, "Instead of dealing with problems that emerge, the PA OSCE should use their political strength and foresight actively and with precaution. In all Europe's future interests, the PA OSCE and OSCE will function as a guide. In this accord and with our parameters, especially when it comes to hate crimes and discrimination, we cannot miss out and giving a more effective struggle. To defend against the rising racism and discrimination in Europe, before the pains and experiences of the past are relived, measures must be put in place."

Erdoğan then emphasized that European Security with regional countries would be welcoming and sincere cooperation would be gained especially if racist and discriminatory sentiments were to be abandoned. Erdoğan concluded his message as such, "As Turkey, for our region's safety we will continue our cooperation with OSCE and continue our involvement in PA OSCE. We will continue our sincere support for Europe and for all of the European people, to ensure it is a geography which is safe to live in. With this in mind, I wish all of the attendants of the 22nd PA OSCE success and welcome you all with love and respect."

In his speech on how the security of the unity of PA OSCE was under threat due to racism, terrorism, hatred towards foreigners, intolerance and Islamophobia, and explaining how these issues should first be addressed, the President of the Turkish Parliament (TBMM) Cemil Çiçek made the following emphasis in his speech: Starting with the Caucasus and the Balkans in the geography of the OSCE, disputes that have lasted for years need to be resolved with a peaceful and just outcome, which is a need shared by all of us. We cannot leave solutions up to time and insistence. It is very obvious that measures to protect countries from cyber terrorism should be taken, and can only be done so through cooperation. Groups that apply violence, hate speech, and terror are able to abuse the freedoms of expression and thought." Çiçek went on to suggest, "On the one hand as elected officials, we must bring these issues to light in our own countries, while on the other we must continue, as the OSCE, to promote against racism and continue to send messages paving the road within the parameters of the assembly."