With synagogues being renovated, Jews residing in Turkey are pleased 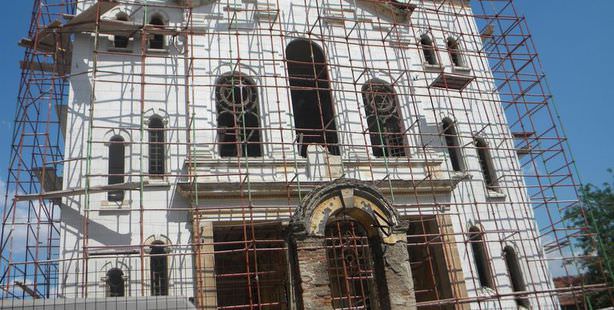 Edirne Governor Duruer says the restoration of the historic Büyük Synagogue (Great Synagogue) will be completed by the year’s end. “This will be a cultural center however Jews may also worship and get married there,” says Duruer.

Restoration efforts are ongoing for Edirne's Büyük Synagogue (Great Synagogue) which was built upon the imperial order of Abdul Hamid II to replace 13 synagogues that burned down due to a fire 108 years ago. The synagogue functioned up until 1983, however with the emigration of the Jewish community from the city, it fast became derelict. Renovation efforts to restore the historical synagogue are currently under way.

Governor of Edirne Hasan Duruer recently announced that Edirne's Great Synagogue, which is the second largest in Europe, will be opened to service once again as a Cultural Center when restorative efforts conclude by the end of the year. Duruer explained the significance a synagogue holds for the Jewish community as a place of worship and said the once opened the Great Synagogue will be a place where Jews can both pray and hold weddings. The Jewish community has come to me to share their desire to both pray and hold weddings in the synagogue once renovations are complete. And I told them that they could hold as many religious ceremonies and weddings in the synagogue as they like. The Great Synagogue will be a place where the Jewish community can feel free to practice their religion and hold wedding ceremonies," stated Duruer.