'Redhack' to be tried as a virtual terrorist organization 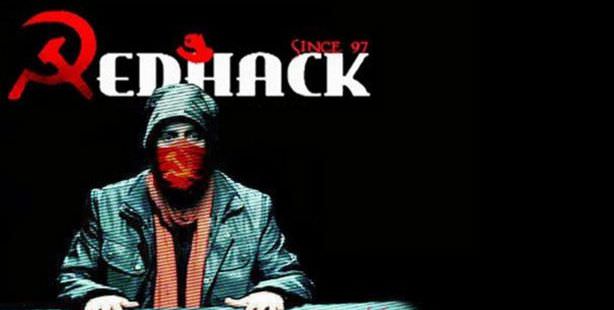 The police department has prepared a summary of proceedings on Redhack’s involvement in the Gezi Park protests, which has been sent to the counter-terrorism prosecution office. The police records also contain IP and identification information on Redhack members.

The Department of Police is joining forces with intelligence units to place all internet activities and social media by the infamous Redhack hacking group during the Gezi Park protests under the microscope.

According to documents accessed by SABAH's Special Intelligence Unit, police and intelligence departments have been conducting a thorough investigation into the computer hacking group. Working in conjunction with the Electronic Communications Department, the police have established Redhack's role in the Gezi Park protests. The police have submitted their summary of proceedings to the Istanbul Deputy Chief Prosecutor assigned authority to handle cases that fall under the 10th article of the Counter Terrorism Law (TMK). In the investigation, which will be spearheaded by Muammer Akkaş, a prosecutor from the Ergenekon case, Redhack members whose IP address and identities have been established, will be processed for being involved in "virtual terrorism".

A CALL TO PROTEST IS INCITING A CRIME

According to the summary of proceedings, members of the hacking group, made entries on a Twitter account for 'RedHack@ TheRedHack in which they shared comments that called on people to protest or commit crimes.

The following are a series of tweet's that were shared by Redhack:

* "Today after 14:00, people all over the country will be hitting the squares."

* "While we are intensifying our efforts, you should be in charge of today's demonstrations, announcements and immediate needs."

* "The resistance continues to grow."

* "We are walking with our hearts for freedom and liberty for brothers in a world which is equal, just and does not exploit. If they are brave, they will stop us."

* "Are you going to remain quiet against those who provide free bus transit to their rallies as well as raincoats and food, yet when it comes to us they use nightsticks, gas and riot police vehicles?"