The throes of democratization and fractures in Turkey 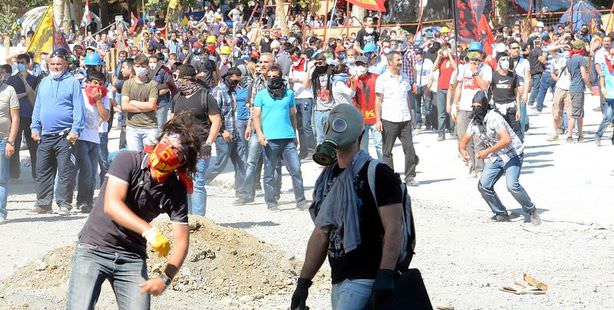 Recalling Patrona Halil, a janissary who instigated the mob uprising in 1730 which ended the Tulip Period and the ways in which the historical incident is reminiscent of the recent Gezi Park protests in Istanbul.

In the Ottoman Empire, janissary Patrona Halil and his friends, including those displeased with Damat İbrahim Pasha, who served as grand vizier for 12 years, instigated a revolt. While the rioters were plundering İstanbul, they released the prisoners. The rioters who multiplied quickly gathered at the Horse Square in Sultanahmet, when a fatwa issued from an Ulema, stating that it is impermissible to murder the Şeyhülislam (Shaykh al-Islam), forced the rioters to give up their requests. Those who were not pleased with the era of pleasure and debauchery that Damat İbrahim Pasha, who hailed from Nevşehir, had started formed a mass of people, including from political, economical and social circles, in order to take over the Janissary Corps.

The protests in Istanbul which were held five weeks ago are similar in terms of content and method to the rebellious response caused by the spoiled Albanian descent Patrona Halil. The Gezi Parkı incident took a stand in order to find the answer to the question; "How do you hypothecate the power of the national will and a power which was selected?" This new type of generation, which has the will and effort to stage their own form of political representation, doesn't even know how to act on a"political-social" bases. This crowd, which includes different fractions based on repugnancy that are both corrosive and creative, cannot have a constitutive and collective characteristic.

With the spirit depicted by the popular slogan used in the protests; "Down With Something-Kahrolsun Bağzı Şeyler", a considerable number of protesters resorted to vandalism. The situation that left the Gezi Parkı protests in the lurch was the alliance of ties between Taksim and Gezi Park. It is clearly seen that the originality of these mass movements in Turkey are produced by a minority-opponent section. These riots are materialized by an alliance of people who felt ostracized in the deep structure that is involved in the process of the liquidation of individuals in old Turkey and its construction process. In this respect, despite the unfortunate incident that occurred recently in Lice, the support of the political left groups in the Gezi movement is pushing the boundaries of intimacy.

Supporters of secular and republican factions, who prohibited the Kurdish language being spoken for 30 years, seemed to be pursuing an avenue to direct the protest and the masses into anti-government demonstrations. Marches in support of Lice, held in Kadıköy and Beşiktaş, where the left opposition in Turkey gets almost 70% percent of the votes, are the most concrete examples of this. Besides this, in this movement that was taken over by a variety of opposition parties and illegal organizations, although the young people bounded ideologically to certain parties and organizations, they in fact did nothing more than show themselves as being individuals.

The Taksim alliance offers the best example for becoming an unclear platform. These young people, who are referred to as the 1990 generation, were represented by those who were at least 35 years and over, who took over the movement. This movement, which was once well-intentioned was turned into a common riot by the deterioration of the chemistry of hate and was reflected to the behavioral form.

Such incidents, which are becoming more and more complex with the intervention of police, are pretty new in terms of Turkish democracy. The current government's unawareness of such protests as Occupy and Standing man, allowed for these spontaneous incidents to spread to the masses. As was the case with the Janissary Corps, the police were unable to understand the attitude of the group who made the interventions that risk overthrowing the government and were regenerated with the 'standing man-duran adam' strategy, and they instead conducted the same productive and instant intervention against any opposition who politically suppressed.

That is important in terms of seeing two different examples. Gathered with the help of social media and in the arena that the media supplied, they failed in transforming to a 'digital beat', by showing a lack of understanding of the language. Being expressed with intelligent, humorous, shimmering and sparkling statements from the youth and by the Turkish intellectual crew, which were the dynamics of these movements, made the 90s generation resemble the 1968 generation, which in itself is a deplorable situation.

Statements such as, all the young people in this movement are from the 90s generation, are insulting to the young people who are observing the incidents from the outside. Intellectual Turkish vandalism is being sustained intellectually from where the street vandalism left off. And the groups which are accumulating the interest of this are attempting to create a new type of politics. But the opposition in Turkey is unaware that this situation is occurring as a reflection of their 'own inability'. But, as it happened in the Gezi Park incidents, with erupted due to environmental sensibilities, a representation of power that is civil and narrow is surfacing. Although this movement spread to the other cities, having Taksim as a representation point kept millions on the screen. After the incidents, contributing to the Turkish democracy with democratic forums named 'Gezi Council-Gezi Meclisi' might be an alternative method for the short-sighted opposition in Turkey. Nonetheless, it is inevitable that there will be a lively government against a lively control mechanism from hereinafter. For this reason, one of the fortunate means of the Gezi Park incidents is the attitude and intentions of what this group is going to do, which could be a candidate for Turkey's tea party.