“Morsi under house arrest is unacceptable” 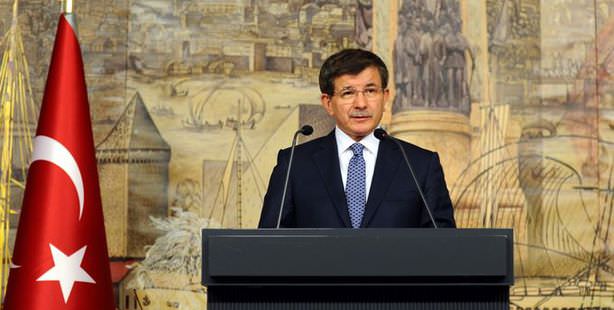 Foreign Minister Ahmet Davutoğlu held a press conference on Thursday prior to attending a summit at Dolmabahçe Palace led by Prime Minister Erdoğan to discuss the situation in Syria.

The news conference was held after Foreign Minister Ahmet Davutoğlu had the opportunity to speak to his Egyptian counterpart Kamil Muhammed Amr to not only assess the situation but to also be briefed on the latest developments first hand.

Davutoğlu told reporters, "We are deeply saddened by these recent incidents in Egypt" and reiterated that it was unacceptable to overthrow elected governments through illegitimate means and military coups. Davutoğlu said that it was extremely worrying for the gains of the Egyptian revolution and the democratic process after democratically elected President Morsi was ousted by the army.

Foreign Minister Davutoğlu said they had exerted 'great efforts' to reach a positive solution in Egypt. Emphasizing Turkey's support for the democratic demands of Middle Eastern nations, Davutoğlu said Turkey had strongly supported the January 25 revolution of its Egyptian friends and called for support to protect the democratic process. "The choice made by the Egyptians will also be Turkey's choice," Davutoğlu added.

"It is one of the fundamental principles of democracy to voice the opposition's concerns and legitimate demands," said Davutoğlu adding "Damaging the democratic process in Egypt will not only result in a loss for Egyptians but also for all regions who struggle for global peace."

"Political stability in Egypt is a requisite for social peace. It is of vital importance that all political actors take part in elections without any restriction or discrimination. After the military intervention yesterday, it is unacceptable to arrest politicians including President Morsi and Prime Minister Hashim Kandil or to put them under house arrest," he said adding "the powers of Egypt's elected authorities should immediately be reinstated."