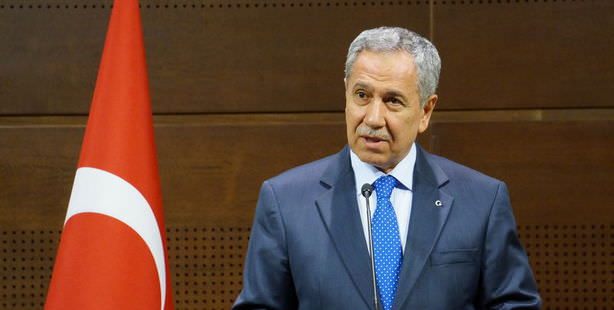 Deputy Prime Minister Bulent Arınç said Turkey strongly condemns "the mentality that topples the legitimate government and the president, fires on its own people and hands over the authority to someone else in Egypt."

Speaking at a press conference after a cabinet meeting on Monday, Arınç said Turkey would maintain its "principled and ethical manners" towards the incidents in Egypt.

"It is out of the question to impose sanctions on a government which thinks that they have taken over the power," Arınç said.

Referring to the "historic and rooted relations" between the two countries Arınç said, "maintaining solidarity with the Egyptian people, the elected President Mohamed Morsi and the government is what we are trying to do."

Arınç said 8 million Egyptians that participated in mass protests were against the military coup, adding that the number of people who welcomed the coup has also decreased.

Arınç also rejected rumors that Egypt's ousted President Mohammad Morsi could be sent to exile in Turkey.
"It is a moral duty for Turkey to assess the situation positively if Morsi needs Turkey. But neither Morsi himself nor anyone else has made such a request," Arınç said.

He added that there were nearly 8 thousand Turkish people in Egypt and they would be evacuated immediately if needed.

"There are also Turkish companies and their investments in Egypt. These companies employ 50 thousand Egyptians and contribute to the country's economy. If these companies are badly affected by the current situation in the country, Egypt's economy will suffer the most."

Arınç said they called on other countries and institutions including the EU and member states of the Arab League and specifically the US to increase the international pressure on Egypt to protect democracy and prevent human rights violations in the country.

The Turkish deputy premier reiterated that all the leaders must be released and an interim government must be formed to hold early elections and Morsi must be reinstated.