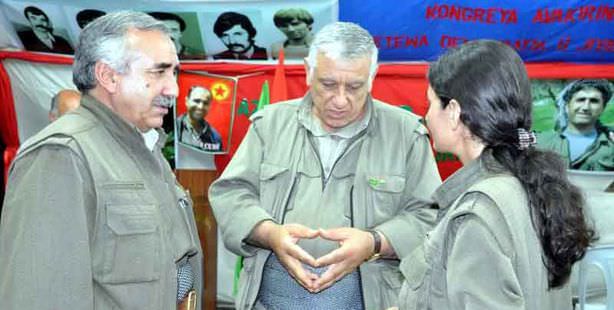 It turns out the orders to replace the PKK’s number two man Murat Karayılan were given by the leader of the terrorist organization Abdullah Öcalan himself.

The AK Party is closely following the restructuring going on in the KCK's leadership. Leaving his place to the head of the PKK executive council Cemil Bayık, former acting PKK leader Murat Karayılan will now lead the HPG, which are the PKK's armed forces.

The new restructuring of the executive committee leading the KCK, the urban political and superior administrative structure of the Kurdish terrorist organization PKK based in Qandil in northern Iraq, came as a result of a series of letter correspondence between Abdullah Öcalan and the organization in Qandil. The Peace and Democracy Party (BDP) is also slated to have played a role in this correspondence traffic.

Supposedly Öcalan has been insisting on proposals for a new executive figure for the Qandil administration as well as for a restructuring in line with the new solution process including a co-chair system.

BDP Group Deputy Chairman Pervin Buldan, who presented a letter from Öcalan to Qandil just three days ago, has stated that there is no internal strife within the organization.

The removal of two key figures in the organization's leadership, Syrians Fehman Hüseyin, also known as Bahoz and Sofi Nurettin, is also noteworthy. The distancing of these two figures who led the PKK's armed wing the HPG is being evaluated as an attempt to clear the path for the continuation of the solution process.

Bahoz and Sofi Nurettin were two individuals responsible for ordering a number of provocative actions during the "Democratic Initiative" process. These two figures were slated to be the most obstinate against the solution process.