“We cannot allow the solution process to be a failure” 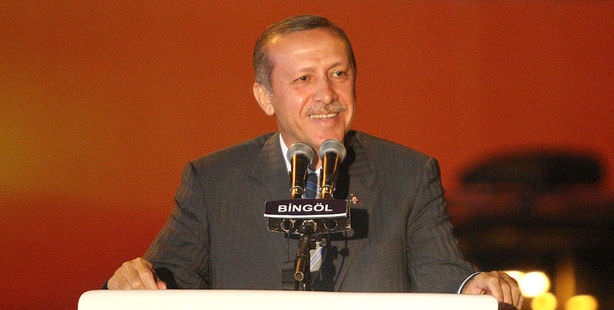 Commenting on the Gezi Park incident, Prime Minister Erdoğan stated, “They wanted to play the same scenario that took place in Egypt in Turkey.” Speaking in Bingöl, Erdoğan also warned that there were some that with an “Eastern slyness” want the solution process to fail.

Addressing the crowds at the opening of the new Bingöl Airport, Prime Minister Recep Tayyip Erdoğan pointed out that a similar scenario to the coup in Egypt was attempted to be played out in Turkey and also offered up assurance that the resolution process continues with extreme success. "The solution process is progressing extremely well. We are no longer receiving devastating news from this region and instead we are hearing good news and good tidings. We are currently experiencing a time in which hopes are expanding," said Erdoğan, adding, "We are aware of our responsibilities and are fulfilling our obligations. We knew that there would be sabotage and that all sorts of games would be played. The Paris assassinations, followed by the attack on the AK Party Headquarters, followed by Reyhanlı and now these most recent incidents, are all attempts to target Turkey's growth and solution process. We will not be paying heed to this."

Erdoğan went on to warn those attempting to derail the solution process by stating, "Those who, with an Eastern slyness, are trying to ensure this process fails will not be able to account for these actions to this nation or history. If you stake a claim, then none of these traps will function."

Pointing out that their objective is to ensure the country's growth and for the nation to acquire further welfare, Prime Minister Erdogan stated, "During this time in which the world is experiencing a turbulent period, Turkey continues to stand with its head held up high, and not stubbornly, on global issues and maintains an honorable stance. Turkey is not falling for the agenda that is being imposed. Instead, it is establishing its own agenda which it is following. We are not getting tripped up by artificial and imaginary agendas."

WE WILL NOT SAY 'ALL RIGHT'

"There are some that are uncomfortanle with Turkey defending peace, harmony and brotherhood both within and outside of the country. However, we will never take a step back when it comes to this. We will never say 'all right' to the games being played on Turkey. We will surpass all of the traps," said Erdogan, adding that they will reach their 2023 goals of allowing Turkey to grow in an environment of security and peace.

"Our Egyptian brothers in Egypt and especially in Rab'a al Adaweya Square continue to stand with their heads held up high against the military coup. Without resorting to violence or provocations, they are objecting to this coup directed at them. And what do they say… 'Where is my vote? Those who think that the people in this region are sheep are experiencing a great astonishment and disappointment. They said they would stage a coup and do their business, however the Egyptian public has spoiled that game and has ripped up the scenario that was written," said Erdoğan.

Pointing out that an attempt to play a similar scenario was staged in Turkey, Prime Minister Erdoğan stated, "Don't be deceived by the pots and the pans. These people that are trying to disrupt the public are not seeking out democracy. They dragged people out in the streets under the guise of 'trees, a park and the environment.' They perceived the 76 million in Turkey who have stood up for democracy as being sheep. They insulted our covered women and our mosques. They insulted this nation's patient and composed stance. However, the nation stood up for its polls. By running to the squares, they stood up for the national will. The squares are no longer empty," stated Erdoğan.

Drawing on the upcoming elections, Prime Minister Erdogan stated, "We are now headed to the biggest square of all. The square of the election. We will be meeting there in seven months' time. We will then be questioning those who have no respect for the national will. The public now stakes a strong claim to the poll results and elections and stands up against military coups," said Erdogan.

Prime Minister Erdoğan also announced that the airport in the southeastern province of Şırnak has been completed and will be named "Şerafettin Elçi" in honor of the iconic Kurdish politician, who hails from the province yet passed away last year. "He is one of this nation's older politicians and former ministers; he is a son of Şırnak. We will be opening the Şerafettin Elçi Airport. We are different. And it is from this point that we are embracing all of our public."

After attending the inauguration ceremony for the Bingöl Airport, Prime Minister Erdoğan attended a fast-breaking dinner (iftar) hosted by the governorship at Bingöl University. During an address at the event, Erdoğan delivered the following messages:

* "We will not remain spectators to the oppression of our bordering neighbors. We will either intervene with our own hands or with our words or through our resentment."

* "We have respect for all differences of opinions except for violence. We will now be placing state security forces in state universities instead of private security. To see that there is a quite different situation has pushed us to take on different responsibilities. We do not want any student to have their life in threat. We also don't want to see a youth wandering around with Molotov Cocktails and machetes and this and that. We will be putting an end to every sort of game with tolerance, patience and harmony."