"For us, Morsi is Egypt’s president” 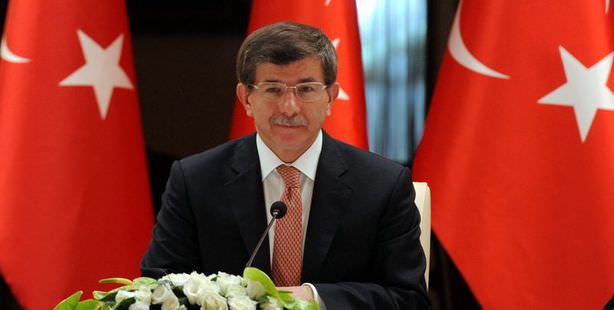 Foreign Minister Davutoğlu says for Turkey, Morsi is still the president of Egypt.

Foreign Minister Ahmet Davutoğlu replied to questions regarding the developments in Egypt during an interview aired live on national news channel NTV on Monday.

Davutoğlu referred to the Morsi administration as one that came to power through an open and clear election and said it is the first regime in Egypt in decades that has gained its legitimacy directly from the public; however the military coup has managed to do away with all of that. It is this toppling of the first legitimate government that had manifested itself unchallenged from the public which caused an internal political crisis, said Davutoğlu, defining the current period in Egypt as being the most critical since the revolution.

"There are two ways, one is internal and the other is external, that render a government legitimate. This is the main problem in Egypt. The 21st century's first great revolution, as it is rightfully called, has witnessed several critical processes until now, but during the past week an internal political legitimacy problem has emerged," said Davutoğlu.

The Foreign Minister added that now, with the sole legitimately elected president becoming an issue of debate, unfortunately there no longer remains any democratically elected force in Egypt. Davutoğlu warned that to light a green light on the coup will create a negative domino effect in the region and stated, "Individuals or establishments from the former system and status quo can now say, 'This sort of coup managed to take place in Egypt and found external legitimacy or at least by remaining silent, the coup was not illegitimated and therefore we can do the same thing.'

In other words, there are elements there from Yemen, Tunisia and Libya that have been there for a long time. Our primary mission is to ensure there is no possibility of the coup resulting in a negative domino effect on external legitimacy," said Davutoğlu.