PM Erdoğan vows to continue on with constitution drafting process 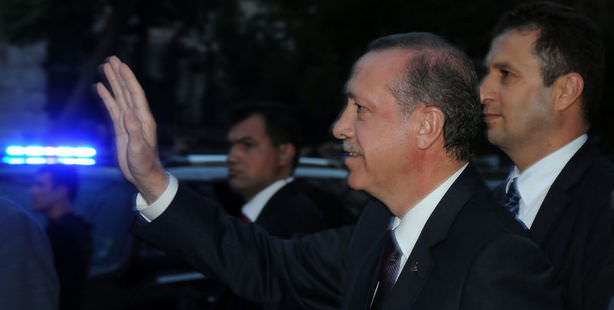 Prime Minister Erdoğan addressed the issue of the new constitution during a Central Decision and Administration Board meeting by stating, “We have made a promise to the nation. We will not be the ones to leave the table.”

Addressing the divergence of views by opposition parties in regards to the new constitution, Prime Minister Erdoğan stated, "We will not be the ones to leave the table. We have made a promise to the nation. The opposition is not sincere. We have made our proposals, however the stance they have adopted is obvious."
Reminding that a consensus has been reached on 45 articles by the Parliamentary Constitution Conciliation Commission, Erdoğan added, "We are serious with our proposal and we will display this. The Prime Minister then went on to request that these articles be presented to opposition parties CHP and MHP as a proposal.

Within the framework of Erdoğan's request, AK Party Deputy Chairmen Mehmet Ali Şahin and Hüseyin Çelik will begin as of today to mobilize and seek appointments with both the main opposition Republican People's Party (CHP) and the Nationalist Movement Party (MHP).The proposal will be a suggestion that the 48 articles that a compromise has been reached on be removed.

The recent developments in Egypt were also put to the table during Monday's meeting. AK Party's Central Decision and Administration Board reached a decision yesterday to not recognize the interim government appointed by the military in Egypt, but to also continue to uphold relations. Addressing the situation in Egypt, Prime Minister Erdoğan stated, "Morsi is a leader who was elected by the public vote. We will continue to maintain our principled stance to the end and will make the necessary calls to ensure Morsi is reinstated." It has also been learned that the Prime Minister said, "The president we consider to be our addressee is Morsi."