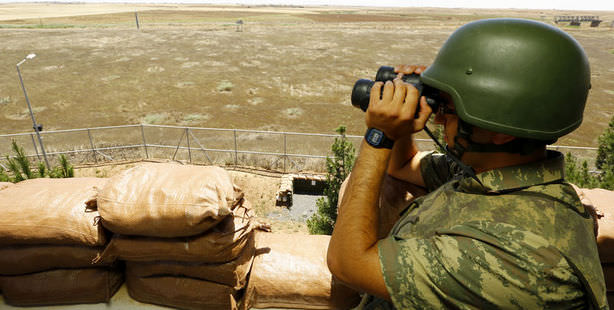 According to information obtained, three Turkish soldiers patrolling the border with Syria in the southernmost province of Hatay were wounded by bullets that came from across the border.

According to information obtained, border patrol forces in a village in the Hatay district of Altınözü became the targets of shooting from within the borders of the neighboring country of Syria. Soldiers were patrolling for illegal smuggling over the border in the Kıyıgören village of Altınözü, when three soldiers, one a specialist sergeant, were wounded from shots fired from across the border. The soldiers are said to be in stable condition and are receiving treatment at the Antakya State Hospital.

Illicit smugglers are stated to be the likely suspects of the attack. Fire was returned by the frontier post in the Kıyıgören village of Hatay's Altınözü district.