A dangerous game being played along the Syrian border 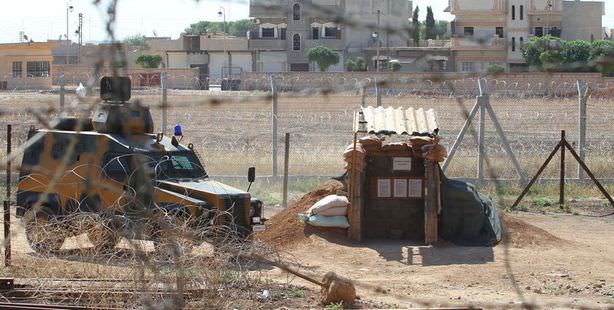 The PKK’s political offshoot in Syria, the PYD, which is currently in preparation to claim autonomy of northern Syria, has also established eight ‘brigade’ camps in the region. Members of the PKK terrorist organization are staying in these camps and engaging in the conflict. The PYD members situated along the border also pose a threat for Turkey…

The YPG which serves as the militant wing of the PYD (Democratic Union Party), the PKK terrorist organization's political offshoot in northern Syria, is slated to have set up a series of 'brigade' camps. The terrorists staying at these camps, which are engaging in conflict with the Syrian opposition, also constitute a danger for Turkey.

When the PYD's armed wing, the YPG, took it upon themselves to lower the Free Syrian Army flag waving just 100 meters' distance from the Turkish border and replace it with their own after taking control over the Ras al-Ayn district following violent conflict, all eyes were then turned towards the PKK terrorist organization's extension in Syria.

According to information released in an intelligence report, the PYD's armed wing, the YPG (People's Protection Units) have over the past year established eight camps, including one which is solely for women. The camps supposedly referred to as 'brigade camps', have each been given the name of a terrorist tied to the organization that has been killed in Turkey. The following are the names being used for the camps set up along Syria's border with Turkey: Çekdar (Efrin), Narin (Efrin), Lewend (Derik), Bawer (Derik), Sarya (Qamişlo), Sadık (Kobani), Abid Xelil (Serekaniye) ve Zorvan (Halep).

A number of PKK members have supposedly headed to these camps under orders by Syrian nationals Nurettin Halas El- Muhammed, who uses the codename 'Sofi Nurettin' and Fehman Hüseyin who goes by 'Dr. Bahoz Erdal'. According to the report, prepared by intelligence units and supported by photographic evidence, the funerals held for terrorists killed in conflict with the Free Syrian Army were transformed into meetings and citizens were said to be forced to attend these special ceremonies.

This is a translation of an article originally written by Sırıberk Arslan.