PM Erdoğan: “No one’s lifestyle can be meddled with” 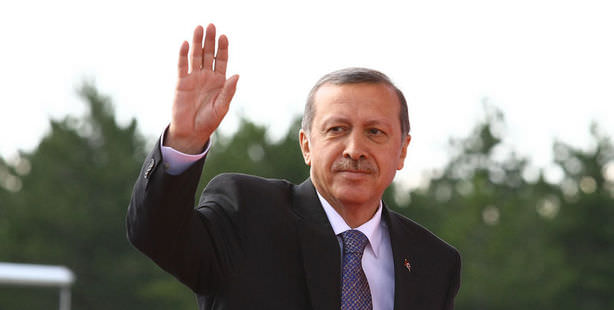 Prime Minister Erdoğan delivered an address at an iftar dinner held by the AK Party in Istanbul’s Haliç Congress Center, during which he assured that no one’s lifestyle would be meddled with. The Prime Minister also remarked that the presidential system is not the AK Party’s red line and hinted that he may be paying a visit to Gezi Park soon.

Speaking at an Iftar fast-breaking dinner held by the AK Party's Istanbul District Department at the Haliç Congress Center, Prime Minister Recep Tayyip Erdoğan stated that what makes Turkey truly powerful is the nation's ability to keep the widely diverse segments of the country unified. "We have never considered diversity to be a weakness," said Erdoğan adding, "We have always considered it to be prosperity. Respect and tolerance are the main conditions for ensuring the co-existence of diversities. As long as another person's liberties are not compromised nor their lifestyles threatened, everyone will remain free."

Mentioning that certain mistakes have been made over the past decade, Erdoğan stated, "If those in power suppressed others, then believe me, we would not have such a colorful Turkey today. The mistakes of the past have been acknowledged as such, and the exertion of pressure on diversities has never been able to succeed for long in this country."

Stating that no one has the right as the majority to disregard the minorities, Erdoğan also pointed out that while the majority cannot exert dominance; neither can the minority attempt to dominate through utilizing the media, capital and international forces in their control. "If you allow this to happen, then you are disrespecting the majority," said Erdoğan.

"We will continue to protect our diversities and as a population of 76 million, we will share a common fate as we walk into the future," said Erdoğan who went on to address the criticisms that the government is meddling in people's lifestyles. "For the past ten years no one has meddled in anyone's lifestyle and no one will from here on out," stated Erdoğan.

'THEY ARE UNCOMFORTABLE WITH A STRONG TURKEY'

"The world does not really want there to be a strong Turkey. There are dominant powers and imperial forces that are doing all they can to keep Turkey from being powerful. There are both interior and exterior circles that are uncomfortable with Turkey having tripled its strength within the past decade. Wouldn't it be a shame for the future of our country if we do not stand together against those attempts at weakening us," asked Erdoğan adding, "The west does not want Turkey to rise. Why? Because Turkey is no longer a country whose agenda is determined, it is now a nation that determines the agenda."

'THE PRESIDENTIAL SYSTEM IS NOT OUR RED LINE'

Erdoğan also called for an acceleration on the constitution-drafting process and emphasized that transitioning to a presidential system was not one of the AK Party's red lines. "They are telling us to back away from the presidential system. But what will happen if we do? This is not our red line. Do we not have the right to bring a proposal to the table? We are saying let's deliberate on the issue. However, they are afraid to discuss these sorts of issues. Then you see, there are some who are suggesting a state system, or one of regional parliaments. However, when we propose something like a presidential system it becomes a problem," said Erdoğan.

'WE MAY VISIT GEZI PARK SOON'

Prime Minister Erdoğan also hinted that he may be paying a visit to Gezi Park soon, when he mentioned that he paid a visit to a park in Üsküdar, where he chatted with people for an hour-and-a-half. "We may do the same at Gezi Park. That is where I spent my youth. When I was the mayor, I performed marriage ceremonies there; however they have no knowledge of this. Let us not allow anyone the opportunity to pit us against one another in an attempt to gain an advantage," said Erdoğan.