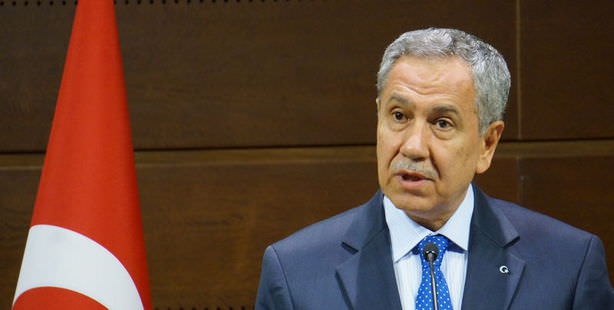 Deputy Prime Minister Arınç commented on the unfolding events in Syria as well as the PKK leader’s request to hold a press conference and delivered good news to citizens for the month of Ramadan.

Speaking at a press conference following a cabinet meeting held at Turkey's Prime Ministry in Ankara, Deputy Prime Minister Bülent Arınç commented on the leader of the PKK Abdullah Öcalan's recent request to hold a press conference from İmrali Island, where the terrorist organization leader is serving his sentence. Arınç told reporters that based on current laws; it doesn't seem possible that Öcalan's demand could be fulfilled.

When reminded of the recent visit by a delegation from the pro-Kurdish Peace and Democracy Party (BDP) to İmrali, the prison island which houses the terrorist leader Öcalan, Arınç stated, "As for with whom and when a prisoner holds meetings, it is all based on procedures and law. If MPs would like to meet him, then it goes through approval by the Justice Minister. The procedure is obvious for immediate family members. As for Öcalan's desire to hold a press conference, in order for that to happen, we need to follow procedures. It doesn't appear to be possible for a prisoner to hold a meeting with the press under the current laws," said Arınç.

"The Turkish government is following developments in Syria with great sensitivity"

Deputy PM Arınç also touched upon the clashes between the Democratic Union Party (PYD), the Syrian branch of the PKK terrorist organization, and various opposition groups, and reminded that control of the border town of Ras al-Ayn, has now been taken over by the PYD. "We continue to track these developments closely. Unfortunately, in addition to the regime's intense attacks on the opposition, now attacks are being waged by other groups," Arınç pointed out.

Arınç also reminded of the close proximity between Turkish and Syrian border towns and recalled how a Turkish citizen lost his life after being hit by a bullet which ricocheted from the Syrian side of the border. "Turkey has taken all possible precautions in order to ensure the security of its citizens and border and will continue to do so. Our government is following the developments in Syria's north with great sensitivity. Turkey will not accept any de facto activity staged against itself."

Highways to be free of charge during Ramadan

Deputy Prime Minitser Bulent Arinc also delivered the good news that all highways will be free of charge during the Ramadan holiday from Thursday, August 8 until Sunday, August 11 and all public transport services run by municipalities will be either free of charge or discounted."