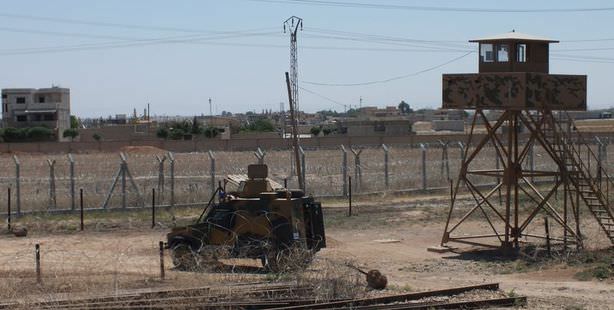 Turkey will be fortifying its border with Syria, where clashes have ignited between the PYD and the Al Nusra Front. Measures will include a bullet-proof surveillance tower being placed along the border with northern Iraq as well as armored vehicles loaded with thermal cameras, sensors and digital satellite tracking systems to secure the border with Syria.

The ongoing conflict in Syria, has expedited a series of significant security projects previously shelved by Ankara. The PKK terrorist organization's Syria offshoot the PYD has been clashing with the Al Nusra Front along the border with Turkey, and the potential ricochet of the conflict across the border has resulted in the readdressing of a previously shelved digital armored vehicle project. With this project, security along Turkey's borders will be amped up with thermal cameras, radars, night-vision devices, sensors, satellite tracking systems and an increased number of patrol aircraft and vehicles. The project in its entirety will cost 6.5 billion Euros.

Meanwhile, the border with Syria has begun to be patrolled with technology already developed through domestic means. A long-range radar system produced by ASELSAN has now been positioned in Şanlıurfa. The system, entitled Kalkan (Shield), is able to track airspace activities in Syria up to a 300 kilometer distance.

The aforementioned project was discussed at a tripartite summit held at the Çankaya Palace last week between President Abdullah Gül, Prime Minister Tayyip Erdoğan and Chief of General Staff Gen. Necdet Özel. According to the information obtained, during the summit, which focused on the potential effects on Turkey the conflict in Syria may result in, General Özel also relayed details regarding the digital shield project. The completion of the project is anticipated for the middle of 2014. The Border Security Organization is also aiming to realize a project by the end of the year geared towards curbing uncontrolled immigration and conducting border security from a central headquarters.

Security measures for border patrol soldiers have also been increased in Şanlıurfa's Ceylanpınar district. Soldiers are now continuously patrolling the border in armored vehicles and are conducting constant surveillance of the developments across the border in Syria. Maintenance and repair work has also begun in order to reinforce the wire fencing along Turkey's frontier which has seen damage in certain areas as a result on the long-standing internal strife across the border in Syria.

SILENCE OF THE CEASEFIRE

The conflict which ensued amongst the PKK's Syrian offshoot the PYD and the Free Syrian Army in the Syrian border town of Tel Abyad has now left silence in its wake. Free Syrian Army Commander of Türkmen heritage Abdurrahman Dede commented on the clashes by stating, "We have no issue with the Kurdish public. We are dealing with the PYD militants. We have sent the Kurds to a safe area. At present, a ceasefire has been agreed upon. We have withdrawn the tanks into position and have suffered 19 losses."