The failure of SABAH's ombudsman 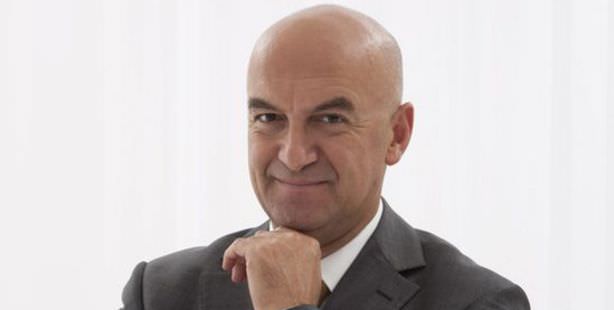 The SABAH Readers’ Representative, Yavuz Baydar's dismissal in some circles has become associated with the Turkish internal politics and topic of press freedom. However, from within the newspaper the truth of the matter is it doesn’t appear this way at all.

First off for those that don't know let's take a look at what an Ombudsman / Readers' Representative is and how they should act with international examples.

In United States history, stretching as far back as the 1970s, the Readers' Representative establishment for long years was treated as suspect by the main stream media. The New York Times, the most prestigious newspaper in the United States, finally appointed a Readers Representative in 2003, but after just 18 months due to different varieties of internal issues the employee was replaced.

In some international media outlets a difference can be found between the position of Ombudsman and Readers Representative. Take the Washington Post as an example, a post that for long years employed an Ombudsman that was not a member of the editorial, ending the practice stating that the practice was "behind the times". The post then went on to hire Doug Feaver, a journalist of 29 years that had retired from the Washington Post in 2005, for the position of Readers Representative last fall. This role was not much different from that of an Ombudsman, other than that by taking the role of a member of the editorial, the Readers Representative was to form a bridge between the reader and the editorial; if a reader had a complaint or concern, now it could be directed to the correspondent to find a solution and in instances of frequent issues, if need be by writing about it to the internet and newspaper writers addressing the public.

One of Feaver's predecessors who worked for long years at the Washington Post was Andrew Alexander. During his time as Ombudsman, Alexander worked 75 hour weeks, reading readers' emails, answering the phones and replying to incoming post; he was able to make all the readers' criticisms accessible to the editorial members. Feaver's duty was to route the incoming complaints to editorial members, but if he were unable, he was to write his opinions in his column.

With this information in mind let's turn back to the issue of SABAH.

At the SABAH newspaper there was an individual that stated to be both an "Ombudsman" and a "Readers' Representative": Yavuz Baydar.

According to Organization News Ombudsmen, where Baydar served as president and was a member, a readers' representative is a person that finds common satisfying ground between the readers' complaints and demands.

Unfortunately according to this standard, during his time at SABAH, Yavuz Baydar's actions and performance were below par in comparison to the international standards of a readers' representative. Baydar, failed to have readers' reactions and comments reach the editorial members, showing no intention of reaching them, thus preferring to openly offend the journalists. He was unable to find solutions that both parties would consent to when complaints did come in. The second issue is rooted in how Baydar saw himself as both an Ombudsman and a Reader's Representative. Claiming to be independent, but acting as though a member of the editorial, he alongside this cooperated with other English media sources, (not by doing what he claimed at SABAH) by taking pen to paper in articles that reeked of politics.

Another issue was how Yavuz Baydar acted in contrary to many of the international examples, by getting appointed to a newspaper (through the top) he had no serious past experience as a journalist. This went to prevent him from forming healthy working relationships with his co-workers.

Baydar acted against the Ombudsman rules of practice

Baydar acted against the SABAH Newspaper's Ombudsman rules of practice by criticizing the newspaper's editorial section. According to the rules that bare his signature at the bottom, the Ombudsman shall not evaluate general editorial line of the newspaper. But he shall publish readers' comment and criticism if they're remarkebly important, legitimate and up to date, without adding any view of ombudsman own.

On the 3rd of June Baydar posted an article titled "The fading light of jurnalisim in Taksim Gezi Park" on SABAH's editorial page, explicitly breaking the rules, criticizing where he had no clearance to do so making claims to the nature of; accusing the newspaper of not giving the events in Taksim enough coverage on the front and inside pages, then he went on to break the rules once again publishing the views of the readers in a way that was prohibited.

Again on the 17 with is last article, "we should embrace the realities" Baydar went on to break the rules once again, confronting no one, and going on to criticize and make recommendations about every aspect of the editorial line, from its headlines to its spots and news content.

Baydar went on to cite inappropriately high dosed reader criticisms, many of which contained insults. Real names were not given. The reader mail that was written within quotations and was published one-sidedly, without names of the readers in the Representative's column.

The newspaper's sales strategy could have been negatively effected

Alongside this; Baydar wrote things that could harm the newspaper's brand name, such as, "the reader's hatred and fury against the paper". Other things he chose to write that had no relation to his topic made could have harmed the newspaper's marketing strategy, like his claim that "why should the readers read this paper? It cannot be missed that the readers are aimed towards other papers."

Baydar said that after his dismissal only three of his former co-workers called him to offer support, two editors and one columnist. I believe that he should consider the reason behind his easily avoidable dismissal, and take it upon himself to commit to a process of auto-critiquing so that he no longer finds him in the position of rebuking his media bosses.