Your newspaper will read you as well 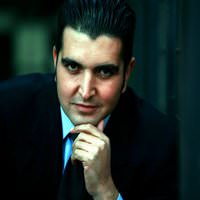 Ombudsman is a world that has an air to it… But it is also one that is "up in the air"
I do not want to enter an argument about the presence and legitimacy of independent audit foundations - for now. Because of this I will go with the global trend and use the term readers' representative.

Who is a readers' representative?

If we take it by the book, it is "the person responsible of following complaint reports, and the supervision of content in the name of the reader." Well, in other words someone who does not act their own agenda, but instead gets their agenda from the readers.

The reader may be pleased or bothered by the content within a paper. These feelings may be partial or entire. It might stem from a point, or a whole concept. Addressing their feelings and thoughts to the makers of the newspaper is their natural most right. In fact they should address them.

For this system to improve the newspaper must be readily available and transparent. Thus, the readers' representative allows for needed the availability and transparency. Not just to share the thoughts of those of similar mind, but all the readers. The readers' representative is the news paper's self-criticism. They are the first person to read the desires and complaints of the readers, and the first to listen to them. It can't just be themselves, they must follow the ideas down through the departments with everyone involved, thus making the paper listen as well.

It can't just stay at reading, it allows for mistakes in content or improper approaches to be corrected. For this, they act out the roll of the readers' advocate, trying to find solutions to their requests and complaints. Due to the readers' representative the relationship between the readers and the newspaper goes from being one that is one-sided to one where the paper begins to read as well.

From this day forth we will start a period like this at Sabah. We will not look at the religion, nationality, ethnicity, gender, or political views of the reader. We will not care if they are known or unknown, if we met or not, if memorable or not. We will approach everyone with the same press work principals, transparently and objectively. While doing this we shall stay away from Ideological correctness, and we will not use a discriminative voice, but a constructive one.

How will we work?

Readers' representative is a full time and serious post. As an example to this we can examine the Washington Post's former ombudsman Andrew Aleksander, who is said to spend 75 hours a week spreading the readers' complaints on performance and content.

We too shall undertake this model, and use communication channels the ends of their abilities. Our readers reactions will be documented in short and long term periods, by getting in contact with them, our report will be sent through the paper's General Publication Manager, the respectable Erdal Şafak, and thus opened to the entire paper.

For a readers' representative to be included (in internal operations at the paper) they must be "inside". They must be just and without binds in their evaluation, but not irrelevant and out of place while doing their job. Actually in order to do their work, they must become the joint that forms between the reader and the paper.

Only thus can they assist in determining the newspaper's strategy, the news' language, understanding, and values. We shall try to make it that way.
From here, through internal channels, that we shall use to their very limits, important and front running topics and fixes shall be shared from my column.

Translated from an article by Ibrahim Altay on SABAH


Who is İbrahim Altay?


After his graduation he worked with a TRT crew preparing documentaries. On TRT International he served as an advisor to the "New from the Home Town" (Memleketten Haber Var) program. He also wrote in various literary journals and arts magazines.

Between 2008-10 he was stationed in the United States, and researched Media Development at UCLA. He worked on the topic of media ethics.

During his time in Los Angeles, for his research on the Welshman's underclass, he took to the streets for 25 days living as though homeless in order to make observations. He wrote of his experiences during the days he spent on the streets as homeless in a story telling fashion in his book Homeless (Evsiz - Turkuvaz Books).

Since 2010 he has been working as an editor at Sabah. He researched social and cultural topics, and wrote book critiques. His article on the issue of child bullying faced in elementary and middle school started a sequence-campaign.

He prepared and hosted the Human Atlas program that airs on A Haber. Altay for some time also hosted the Long Story program on A Haber.