A substantial reform package on the way 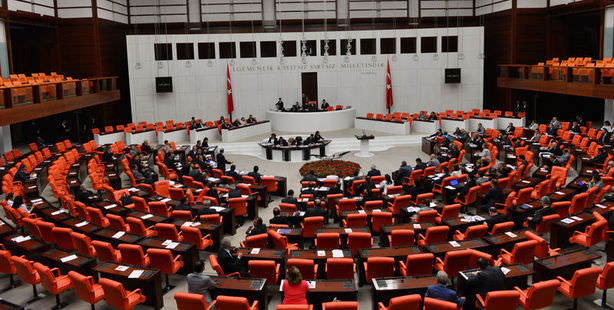 PM Erdogan is planning to consult the ruling AK Party's administrative bodies to finalize changes in coming weeks. The package may be submitted to Parliament before the recess ends, sources told SABAH.

The package is expected to bring 9 main areas of reform, including allowing to citizens from different ethnic backgrounds to receive an education from private institutions with their mother tongue and enlarging the scope of freedom of expression related to antiterrorism laws.

Here are the foremost articles of the reform package:

Halki Seminary: The Greek Orthodox Theological School of Halki may be reopened as a university. However the religious restrictions on the Turkish minority in Western Thrace by the Greek government may slow down the reopening process. The Greek government has decided to appoint Imams without asking the Turkish public and thus neglecting the demands of Turkish community, for many it is a violation of the Lausanne Treaty between Greece and Turkey. The Greek government also forces Muslims to provide Koran lectures in Greek.

Reforms in antiterrorism laws: Changes with the Turkish Criminal Law and Antiterrorism Law will enhance the freedom of expression, excluding people who don't directly incite the violence from the terror charges. Those jailed in the past with these same charges will be freed.

Legal status for Cemevi: It is also planned to give legal status to Cemevis, the houses of religious rituals for the Alawite minority of Turkey. The government would like to provide lands for these houses and without requiring any money for electricity and water consumptions. The religious leaders of the Alawites, known as "Dede"s may receive public aid as well.